Junior netball leagues to be umpired by qualified junior umpires

The Junior netball leagues are well underway with further matches this Wednesday. The league continues to see the impact of its development programme as the Gibraltar Netball Association announced this week how matches will be umpired by its junior umpires.

The GNA this Monday announced how it was “proud to announce that the Junior League is fully umpired by our qualified Fundamental and C Award Umpires most of which are between the ages of 13 and 16.”

In its announcement via social media it further highlighted that the junior umpires “are supported and mentored at ever game by our Head Umpire Nadine Pardo-Zammit and senior umpires, Keisha Caetano, Courtney Ferrer and Iris Hartman amongst others.”

“We are proud of all 27 junior level qualified umpires as they play a vital role in the continued development of Netball in Gibraltar.”

League matches this Wednesday will see the following fixtures played (see below). The GNA this week is also participating in its crazy socks week so don’t be surprised to see a few in and around the Tercentenary Sports Hall even though matches continue to be played behind closed doors. 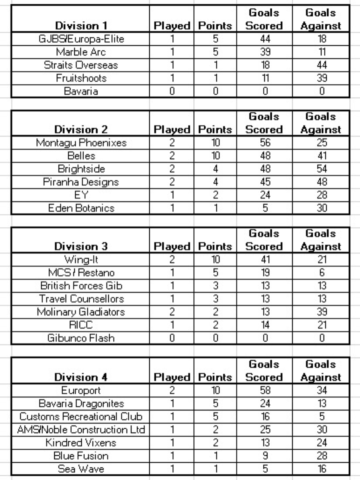 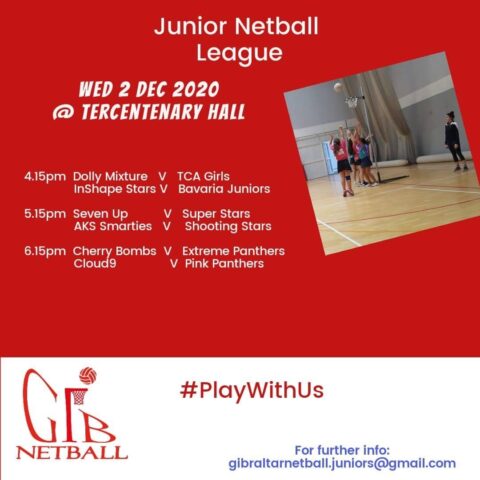