By Mike Bedigan
The Duchess of Sussex has said that a conversation about gender equality and female empowerment "can't happen without men".

Meghan met with youth ambassadors from One Young World at Windsor Castle on Friday morning for a roundtable discussion on initiatives to improve gender equality.

She was joined by her husband, the Duke of Sussex, who arrived as a surprise to the delegates alongside Meghan in a grey electric Audi.

The participants - who represented organisations from countries including South Africa, Nigeria, Iraq, Malawi and Bangladesh - also shared their personal achievements and the best practices that had helped them overcome complex challenges and significant obstacles.

Beginning the discussion, Meghan, seated next to her husband, told the group: "I think we're all aware that One Young World has been very important to me for several years and now being vice president of QCT (Queen's Commonwealth Trust), it just felt like the perfect medley.

"What you're all capable of doing independently is incredible but then when you work collectively, our intention today is to try to create somewhat of a task force to see what we can do within our communities and then use that knowledge to apply it to whatever is happening in all these other communities.

"In terms of gender equality, which is something I have championed for a long time, I think that conversation can't happen without men being a part of it.

"So for this reason it made complete sense to let him (Harry) join today. So thank you for letting him crash the party." 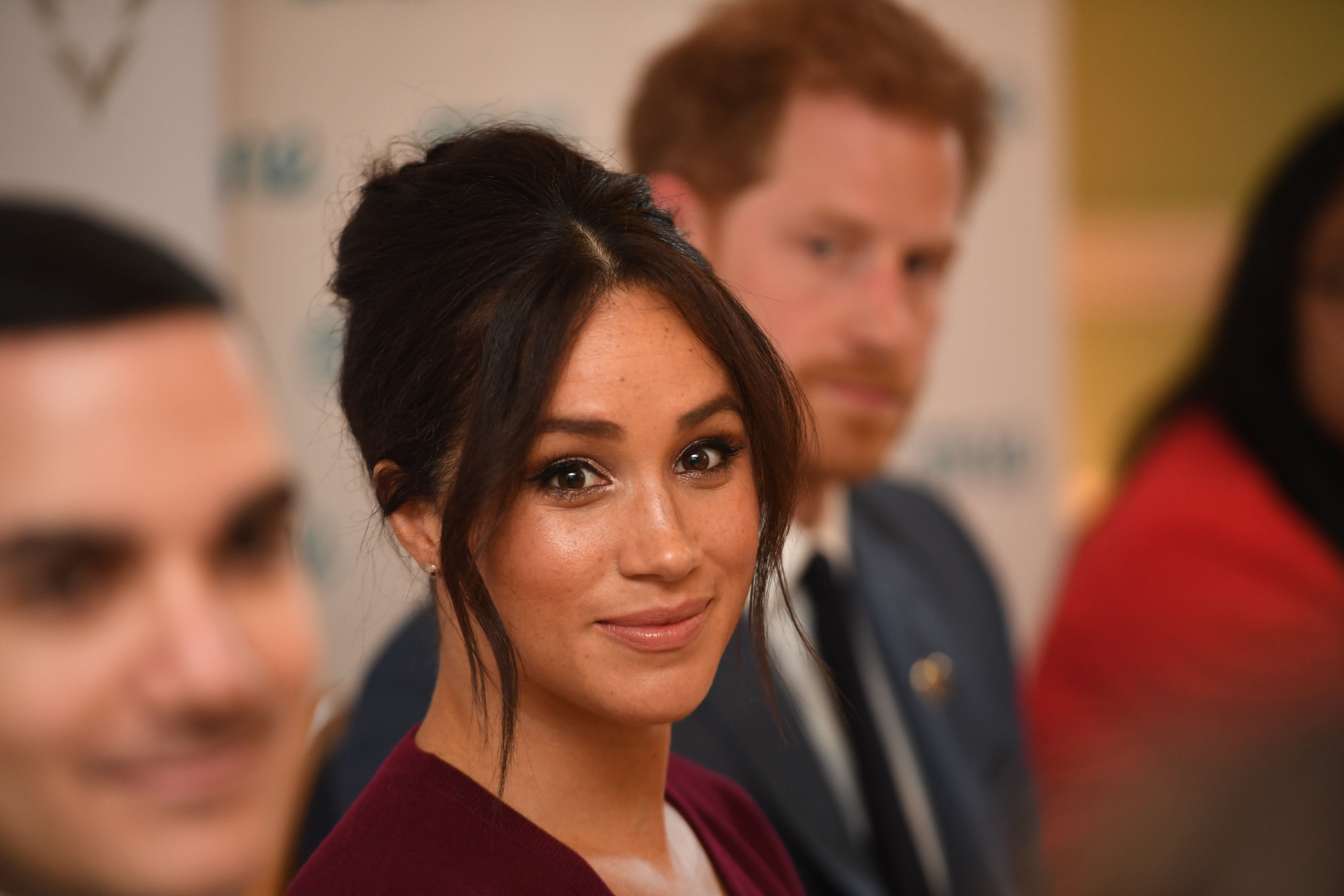 Their use of the electric vehicle comes after the couple have been accused of hypocrisy for using private jets while supporting environmental campaigns.

Harry and Meghan heard from the founder of the south African organisation Motholung Network Against Women and Child Abuse, Lebogang Bogopane, about her personal experiences of familial domestic violence.

Ms Bogopane said: "I got married very young and experienced domestic violence. My mother is a survivor and I'm also a survivor. One day I said 'I'm tired, this needs to stop'."

She told the duchess about her project Bake for Hope, which provides locally baked bread - something that she said is still a luxury in certain parts of South Africa.

The roundtable is the couple's first public engagement since an emotional television documentary in which they described the struggles of the past year.

In the programme, Harry & Meghan: An African Journey, Meghan admitted feeling vulnerable and spoke of the difficulty in coping with intense tabloid interest, saying: "It's not enough to just survive something, that's not the point of life. You have got to thrive."

The duke also told of the pressure he felt trying to protect his family from unwanted media attention.

Harry and Meghan are president and vice president of The Queen's Commonwealth Trust respectively.

Meghan is a long-standing supporter of One Young World, which she called "the best think tank imaginable".

The One Young World Summit is a four-day global forum for young leaders, which aims to bring together 2,000 young people from more than 190 countries to accelerate social impact.

On Tuesday, Meghan attended the summit's opening ceremony at the Royal Albert Hall in London.
(PA)