The trio had been bandmates since 1963, working together on era-defining tracks including (I Can’t Get No) Satisfaction, Paint It Black, Jumpin’ Jack Flash and Brown Sugar. 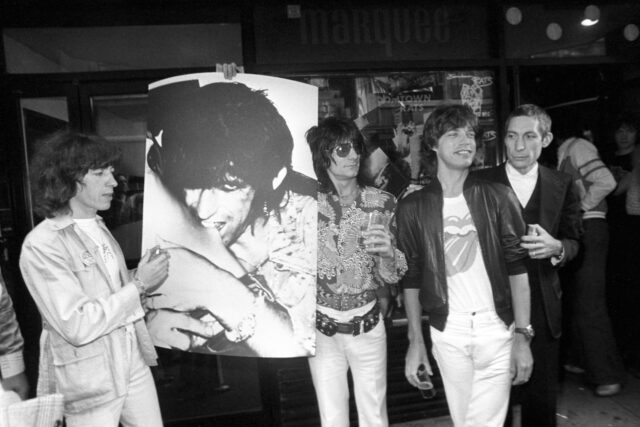 Watts, who died “peacefully” at a London hospital on Monday surrounded by his family, was considered the most mild mannered of The Rolling Stones, providing an essential counterbalance to his more exuberant bandmates.

Sir Mick paid tribute to his colleague of almost 60 years on social media, sharing a picture of Watts smiling while seated behind a drumkit.

The Rolling Stones frontman, 78, did not add a caption.

In his tribute, Richards, 77, posted a picture of Watts’s drumkit with a “closed” sign hung on it.

He too did not include a caption.

Their tributes came as the rest of the rock world lined up to honour Watts.

Sir Paul McCartney described Watts as a “fantastic drummer, steady as a rock” while Sir Elton John called him “the ultimate drummer” in tributes posted on social media.

His counterpart in the Beatles, Sir Ringo Starr, also tweeted a picture, writing: “God bless Charlie Watts, we’re going to miss you man, peace and love to the family, Ringo.”

A statement by his publicist said Watts was a “cherished husband, father and grandfather” and “one of the greatest drummers of his generation”.

News of his death came just weeks after it was announced Watts, who celebrated his 80th birthday in June, was to miss the band’s forthcoming US tour.

A spokesman for him said at the time he was “unlikely to be available for the resumption of the Rolling Stones USA No Filter Tour this fall” as he recovered from an unspecified medical procedure.

The band are due to resume the tour Stateside in September, following its postponement last year amid the coronavirus pandemic.

Watts said at the time that “For once my timing has been a little off. I am working hard to get fully fit but I have today accepted on the advice of the experts that this will take a while”.

A spokesperson said then that Watts’s procedure had been “completely successful”, but that he needed time to recuperate.

Alongside frontman Sir Mick and guitarist Keith Richards, Watts was among the longest-standing members of the Stones, which has seen a shifting line-up of musicians including Mick Taylor, Ronnie Wood and Bill Wyman.

Watts, a lover of cricket, married his girlfriend Shirley – who was a sculpture student at the Royal College of Art – in 1964 and the pair had one daughter, Seraphina.