A multi-million pound investment is being undertaken at Gibraltar’s Marina Bay marina which will include a network of brand new Marinetek pontoon berths.

Work is already underway with the first stage of development which is replacing the old concrete Mediterranean-style berths. 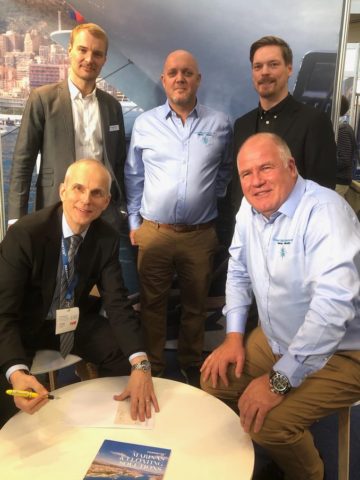 The latter will have new power and water connections; data links and pump out facilities. The majority of new berths will be completed by the end of 2020.

“The new superyacht berths, apart from having substantially improved infrastructure will also offer new services such as concierge.”

“Our aim is to encourage longer term mooring from superyachts and provide them not only with duty free fuel, but also fantastic facilities and services to encourage them to use Gibraltar more frequently as a home port. We now have 5-star bathroom facilities, so after a long trip on the ocean, we offer the opportunity for boatowners to take a soak in a hot bath. This is something which is quite rare in the offering for marina facilities in this area,” he added.

It is anticipated that a number of new jobs will be created in the process he also noted.

Govt brushes off Opposition’s ‘absurd and disingenuous’ view of GHA