Secrets of the Blackcap

The blackcaps waited for dusk so as to avoid predators, and only then did they take off. Swarms came up from the gardens below where they had been waiting motionless and all flew up from the bushes and into the dark and empty sky, never to be seen again. Their heading was impeccably and uncompromisingly narrow and accurate – due north.

A few minutes later it was dark. Geraldine and I negotiated the steep and narrow paths back to the road with the aid of our torches, buzzing with excitement at having observed something fleeting, feeling privileged that Nature had allowed us into one of its secrets. Now it was gone but the memory lived on. It was February 1977 and we had been ringing birds at Jews’ Gate.

The impressive eagles and kites passing over our heads tend to steal the limelight but how many of us are familiar with, even notice, the little birds that skulk in the undergrowth? This time of the year sees the migration of a small and dull-looking bird, but one which can impress us by its achievements in the constantly changing world of migratory birds. 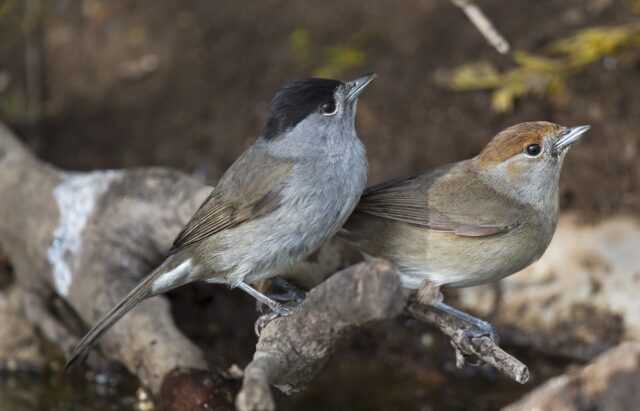 Let’s start with a brief introduction to this bird: the blackcap, known scientifically as Sylvia atricapilla.

The blackcap is a warbler. It is typically described as an insectivorous bird but in actual fact, like many other such birds, it is omnivorous. In the winter in particular, when insects are scarcer than during the rest of the year, blackcaps will eat fruit and even take nectar from aloes. In Gibraltar, their favourite fruit is that of the wild olive.

I’ve been very familiar with the Gibraltar blackcaps since the 1970s, when they became study subjects for my doctoral thesis while at the Edward Grey Institute of Field Ornithology at Oxford. The account at the start of this article dates back to those early days but blackcaps continue to pass, year-in, year-out, in a timeless exercise of genetically-controlled, physiological determinism.

Blackcaps are small birds, actually at the larger end of the scale as far as warblers go, but small all the same. The male has a distinctive black cap which gives the species its name; females are distinguished from males quite easily as their caps are brown. You can see the difference in some of the photographs accompanying this article. 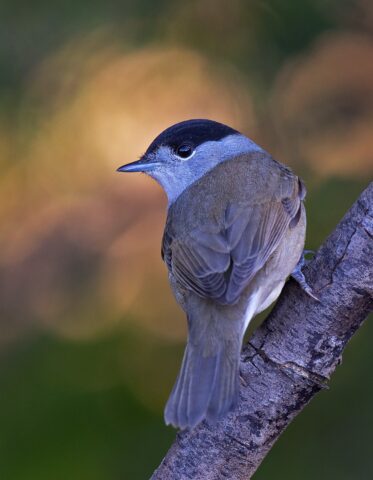 I found that blackcaps ranged in weight from 17 to 19 grammes for much of the year but this changed at the end of February and early March, about now, when the migration north started. Geraldine and I used to catch these birds at Jews’ Gate and in spring our record bird reached 31.5 grammes, an approximate weight increase of 75% in a few days!

I compared these weights with spring blackcaps that had just crossed the Sahara Desert on their way north and had been caught in oases on the edge of the desert. These birds were emaciated and the leanest blackcap weighed a meagre 11 grammes, just over a third of the weight of our champion blackcap!

In last week’s article I wrote about male short-toed eagles preceding females during spring migration. Blackcaps are the same and for similar reasons: territorial imperatives related to eventual mate selection. The passage at this time of year is overwhelmingly dominated by males, the females coming later, from mid-March to April.

Most of us wouldn’t notice this migration at all but, believe me, it can be overwhelmingly spectacular. As with many things in Nature, you have to be in the right place at the right time or you miss it. With blackcaps in spring, you have to hang on until the last rays of the sun have gone behind the hills to the west. At Jews’ Gate we would start to hear the “chack-chack” calls of the blackcaps and, suddenly, the bushes seemed to come alive as blackcap after blackcap woke up from their daytime sojourn.

Some blackcaps winter with us but many of these birds had arrived from the south. Many had spent the winter in Morocco and others had ventured south of the Sahara Desert, wintering in the acacia steppe belt in Upper Volta (now Burkina Faso), Mali and Senegal, and also in wetter areas to the south.

It was these birds, which had wintered to the south of us, that were now pushing north after resting and recovering energy ahead of the last lap of the journey which would take them to Germany, the Netherlands, Belgium, France and the United Kingdom. 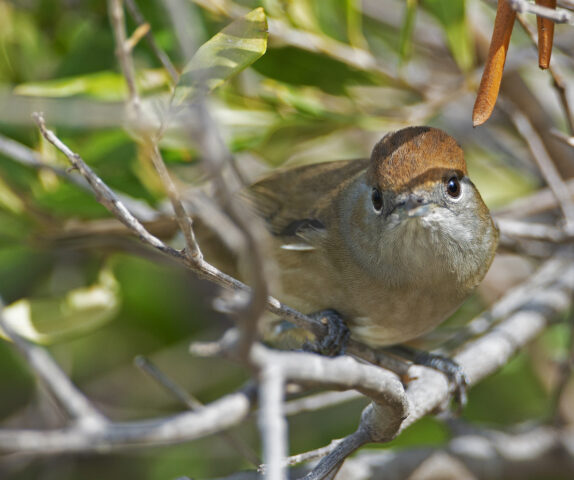 Their migration takes place at night. They navigate using the night sky as a map; cloudy nights tended to ground many birds, producing spectacular “falls”. During the day, the lean ones were active and hunted insects. They would stay up to a week while they laid down fresh fat deposits ahead of their flight north. The heavy ones just stayed put under a branch, conserving energy until the setting sun was the cue to get going once again.

There are advantages to night migration: you escape the attention of many predators and you get a chance to rest, feed and drink during the day. Many birds do this.

Today, blackcaps are generously allowing us to observe the process of evolution in a very direct way. Birds from south-western Germany have traditionally headed south-west in autumn. That brought them to our part of the world for the winter. In recent years, scientists have detected a change in the pattern. Many birds now head west to north-west instead, an unusual trajectory for a European bird in the autumn. These birds end up in the United Kingdom.

Now, presumably some birds have always taken this “wrong” flightpath and eventually died, not being able to survive the harsh winters. But now they survive. They do so because they have taken to visiting gardens where food is put out for birds throughout the winter. We are, inadvertently, changing the course of blackcap evolution! 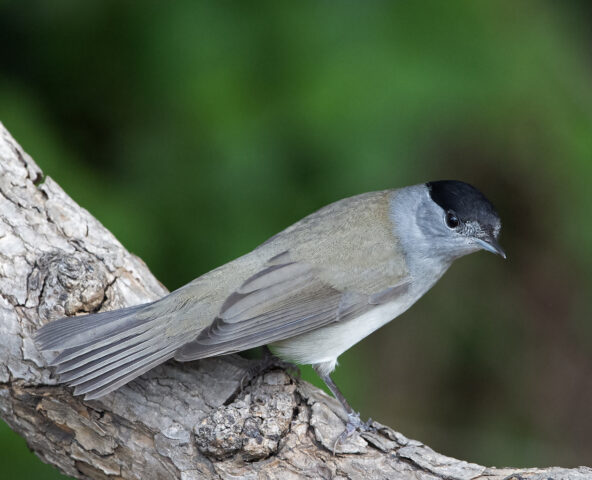 These blackcaps are spending the winter closer to their German breeding grounds so they get back there earlier in the spring than the ones that come to us – they have shorter distances to travel. So, they may well be getting the best territories, producing more offspring that will migrate west/north-west instead of south-west, and radically changing the pattern of blackcap migration. That will work provided we keep putting out winter food in gardens in the UK.

I want to close with another Gibraltar story. When we were studying blackcaps here in Gibraltar, we noticed that we could distinguish two different kinds. One was smaller and darker than the other. These smaller birds also had shorter, more-rounded, wings.

What did this mean? In time, we came up with the answer. The small and dark ones were Gibraltar blackcaps, born and bred here. They were with us all year. They didn’t migrate at all and had no need for long, pointed, wings. Short, rounded, wings made them more manoeuvrable in the dense vegetation of the Upper Rock. The others, larger, longer-winged, much more streamlined, were perfect flying machines that were capable of undertaking journeys of thousands of kilometres.

It was these birds that had performed for us at Jews’ Gate. At the same time, the Gibraltar birds just carried on with their daily routines, wondering when these intruders would finally leave them in peace!