Seven of the world's most verdant city escapes

By Luke Rix-Standing
In an increasingly eco-conscious world, smoky, fume-filled cities often get a bad name. The car exhaust, the noise pollution, the grey, concrete brutalism - urban areas can feel claustrophobic, and it's no wonder so many city-dwellers spend their weekends escaping to the country.

But not every metropolis is so tree-free. Here are a few urban jungles that won't make you choose between nature and culture...

1. Vancouver, Canada
Crowning a king of green cities is a remarkably difficult task (one entirely dependent on how you mark city limits), but whatever your metrics, Vancouver is pretty damn verdant.
1,000-acre Stanley Park is undoubtedly the park de la creme, with lakes, lily ponds, hiking trails, outdoor theatre performances and even a moonlit cinema.

2. Vienna, Austria
Ringed by 12,000 hectares of almost unbroken green belt, Vienna contains 280 imperial parks, and in March 2019, the Mercer Quality of Living Survey named it the world's most liveable city for the 10th time in a row. 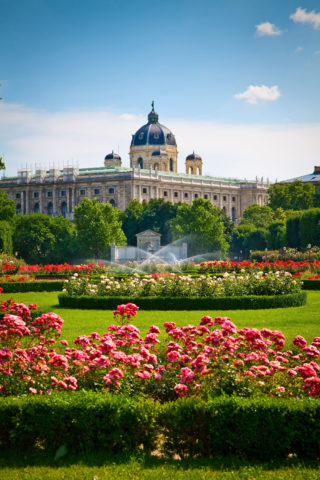 For every one of its residents, Vienna contains nearly 100 square metres of green space - an astronomical ratio for a metropolis of 1.8 million souls. 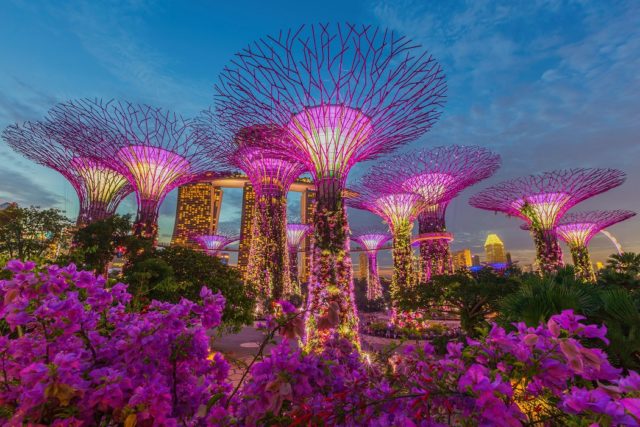 Now local residents are reaping what they've sown, and most estimates class Singapore as by far the greenest city in Asia, if not the world.

4. Edinburgh, Scotland
One of the straight-up nicest cities in Europe, and somehow still under-appreciated, Edinburgh's buildings are so attractive that they sometimes detract from the trees. 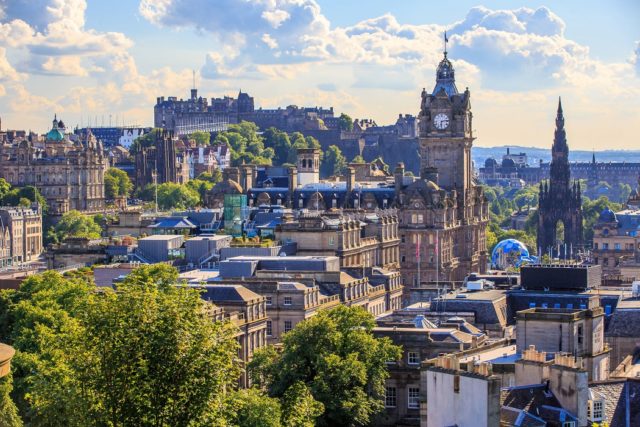 In 2017, satellite analysis by ESRI declared the Scottish capital the UK's most verdant city, with a whopping 49% green coverage, streets ahead (or indeed, behind) second-placed Glasgow.

5. Auckland, New Zealand
Zoom out on Auckland on Google Maps, and you'll immediately see where it gets its green reputation. Auckland council administers 40,000 hectares of space split between 4,000 parks, pitches and farms, while designated walking trails criss-cross city and region.

Though perhaps a bit of a trek for Europeans seeking a bright and breezy city break, New Zealand's largest city rewards its visitors with more flora and fauna than some forests.

6. Oslo, Norway
When 95% of residents live within 300 metres of green space, does Oslo even count as urban? More a built-up park than a green city, estimates suggest that up to two thirds of the Norwegian capital is green in some way, while even the more urban areas are segmented by a network of waterways.

Nestled within an amphitheatre of hills, Oslo was recently made the European Commission's 'Green Capital' for 2019.

7. London, England
Since when has the Big Smoke been anything other than grey, congested, and choke-inducingly polluted? Well, since July, when Mayor Sadiq Khan declared London the world's first 'national park city' - a momentous if slightly symbolic decree, celebrating the capital's green spaces.

A day in the life: Gibraltar’s beach cleaners Part One