Swim 4 Stella: An endurance challenge with a powerful message

When the intrepid 5in5 team set off for their Round the Rock swim earlier this week, they were joined by Albert Cumbo, 61, who had very special reasons for participating in the event. Here, he tells his story as a way of raising awareness of the daily struggles faced by families caring for children with special needs.

By Albert Cumbo
When the 5 in 5 Team asked me to join them in the around the rock swim, I knew I had to do it. I used to be a swimmer but at age 61, this would not be easy. My only request was that I be allowed to swim for a charity of my choice. I am very grateful that they agreed.

I do not presume to know what is best for families who care for children with special needs. My aim is simply to raise awareness of their daily struggles. 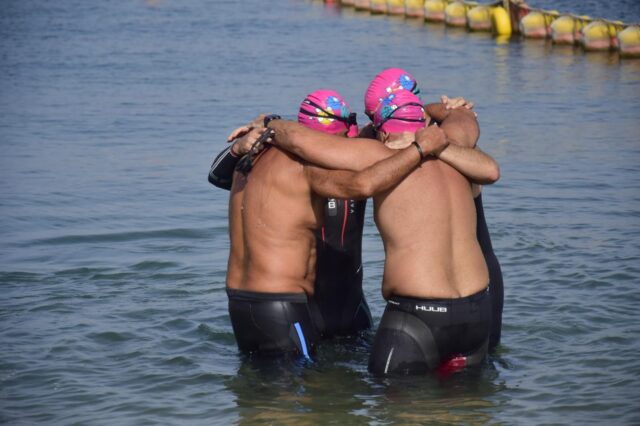 We think life is hard for many different reasons. There are obviously families dealing with terrible circumstances and my heart goes out to them. But I am going to write about my story, which is the enormity of knowing that your child will never lead a normal life or ever be able to look after herself. This I know from personal experience as a grandad to my beautiful Stella.

Stella, was born on the 2nd March 2009 . She was our first grandchild and it was one of the happiest days of my life. I looked forward to watching her grow and being part of her natural journey through life, during which I would always be there to protect her.

But when she was eight weeks old Stella became very unwell and was rushed to GOSH in London. After an agonising week of medical tests and nerve-wracking consultations we were told the unthinkable and devastating news …. she only had weeks to live.

As time passed we held on to the hope that the doctors were wrong. She spent her first summer in hospital and was constantly in and out of the children's ward. My daughter and her partner decided to stay in the UK where she was under the specialist care of doctors.

Weeks led to months and then years and still my brave Stella held on, defying all the predictions. But Stella had profound disabilities. Without going into specific details I can only say that she was unable to fend for herself in any way, needed considerable medication throughout the day and for some unknown reason would become extremely distressed at night time. 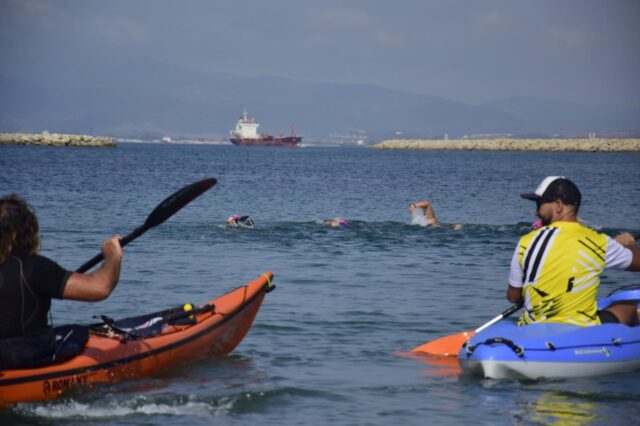 The reality of daily life caring for her, worrying and fighting for her survival would take a book to describe. It is like being at war and every day is a battle.

Seeing your daughter and granddaughter struggle is not easy. You feel that when everyone else is living a normal life my daughter was stuck in this new life of hers which she grasped without complaint and with the valour of a warrior. She never questioned why this had happened and even the doctors were amazed at her immediate determination and acceptance.

But for me it was very tough to handle watching others doing what is taken for granted, like taking their children to parks, buying them an ice cream, or taking them to the fair etc .

Stella’s outings were limited because of her hypersensitivity to noise, heat , cold or anything that was out of the norm for her. She also suffered from car sickness.

Christmas time was also hard. When she should have been looking forward to trips to the toy shops, I used to go to pharmacies to make sure we had enough medication for Stella throughout the Christmas period. When there was a knock on the door it wasn’t Santa , it was the feeding equipment delivery, and so on. This was our life.

But Stella was our world, and we made it our mission to do whatever was in our hands to give her the best quality of life that she could have, because she deserved nothing less from us. So apart from other trips and despite many challenges, we took her to Disney World, swimming with dolphins and even horse-riding therapy sessions. We were also extremely lucky to have a second home in Spain and this is where Stella really loved to be. In the communal pool she spent hours floating with me (of course) in the water and even made some lovely friends who were kind enough to sit with her, singing songs to her or pushing her on her disability swing .

But this is our story, and not everyone is as fortunate or has the necessary means to make life that bit more tolerable.

It is in fact, a very isolating situation, because although many people care deeply and try to support you, the reality is that at some point everyone needs to get on with their lives. It is not in any way an accusation, simply a reality that we completely understood.

Indeed we are eternally grateful to the many people (too many to mention but you know who you are) who contributed in so many different ways to Stella's life. We were especially lucky to have had our good friend Amy who was always there on the very bad days and our worst moments. Stella truly adored her.

Despite her disabilities, Stella taught me many lessons in life. She could lift our spirits with just a smile even when she was feeling unwell. She had a wicked sense of humour and would find it extremely funny when someone tripped or we dropped something followed by the inevitable angry word!

Then one day when we least expected it, Stella became very sick. She left us forever at the age of 10, with her everlasting smile on her beautiful face. But she is with us, always, in everything we do and everywhere we go.

The purpose of my swim is to make people aware of what some families in our community are going through every day of their lives. So please support them in any way that you can.

I would like to take this opportunity to publicly thank my wife Brenda for always being there, tirelessly looking after my daughter Kyrene and our beautiful Stella

This swim is dedicated in memory of my beloved Stella.

The event is raising money for the Cardiac Rehab Centre, SNAG and the Gibraltar Cancer Relief Centre. To donate, please visit: https://www.gofundme.com/f/round-the-rock-swim