Team 5in5 reach half way point of charity challenge

Team 5in5 have two days under their belt and will start day three of five at 6am this morning.
Kieron Alverez, Charles Harrison and Adrian Lopez began the ultra-challenge of five half ironman's in five days in a bid to raise funds for Cancer Relief Centre Gibraltar and the Cardiac Association Gibraltar.

The Chronicle spoke to Mr Harrison after the first day of the challenge.

“Thankfully not many aches this morning, yesterday’s recovery was good. I think the sea swim helped, the cold water helps the aches and pains,” he said.

“We also had Figaro’s who has been doing the food for us this week, so plenty of nutritional stuff, carb loading, replenishing with a shake and obviously that helps.” 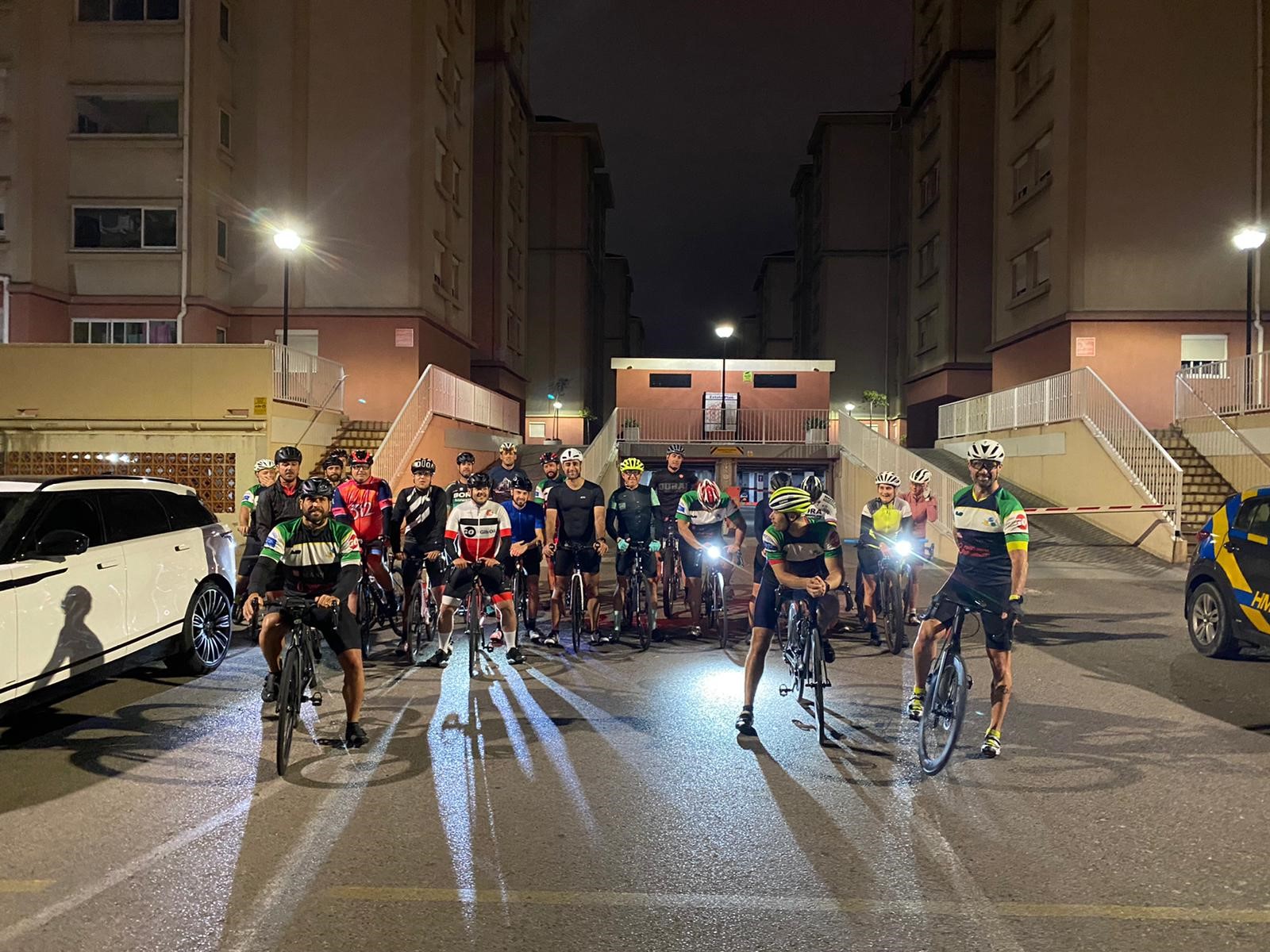 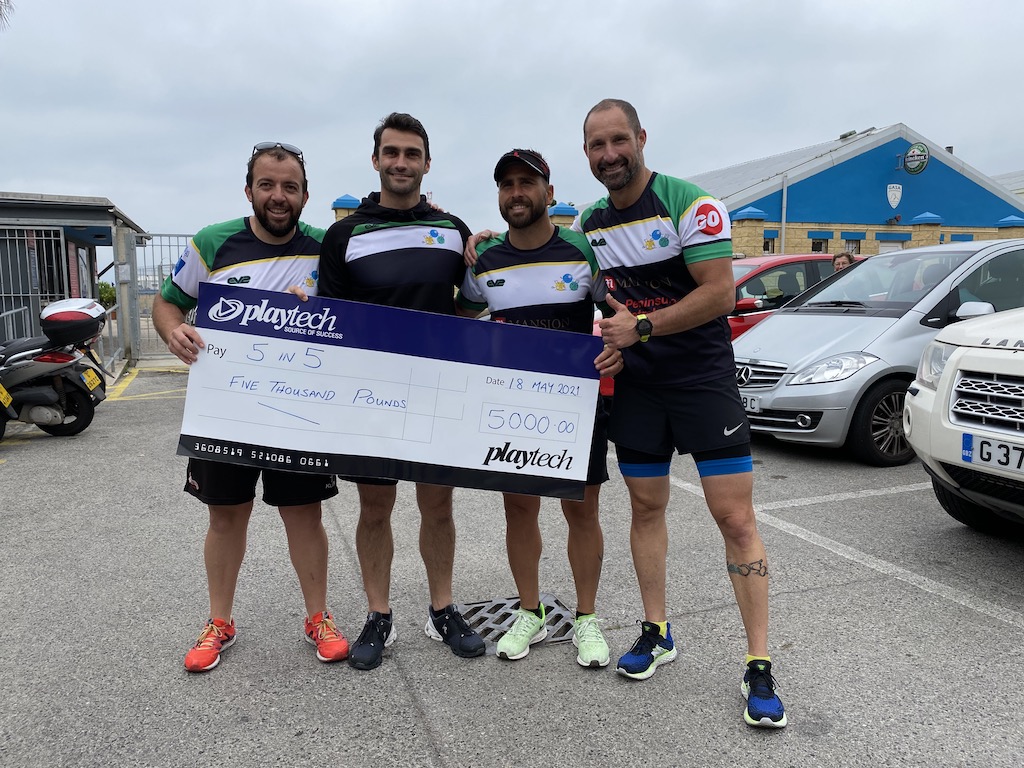 Day one, Tuesday, was a day where the athletes worked out what was working best and what didn’t work. As a result routes and times have altered slightly.

“We didn’t know what timings would work and we knew we were close on time for the 10am run start and today we gave ourselves another half an hour extra,” he said.

“We could have obviously pushed a bit more on the bike but we are happy to go at the pace we have. There was a ten minutes difference only, we have gone slower which was planned.”

“We have changed the route slightly.”

On the first day Mr Harrison said they were doing laps of 13km.

They decided to change this to laps of 20km on the second day.

“So we managed to do two big laps before the traffic started badly and then we reduced the other three laps we had to do to about a ten km lap,” he said.

“That worked well and we will carry on for the rest of the week with the same route.” 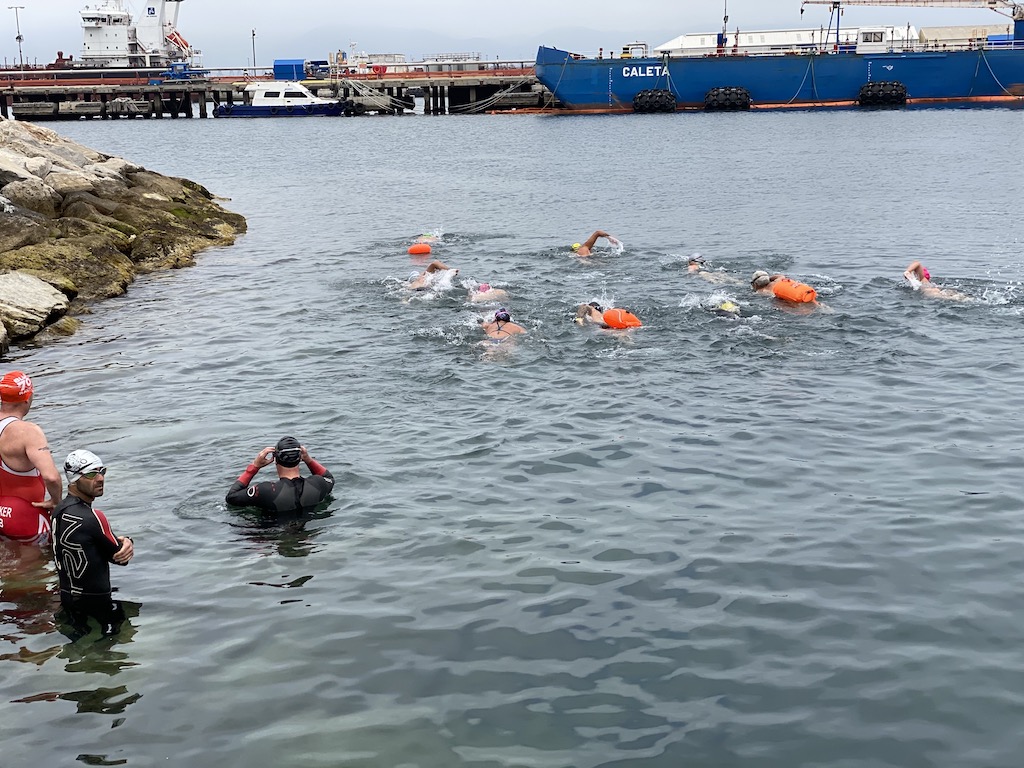 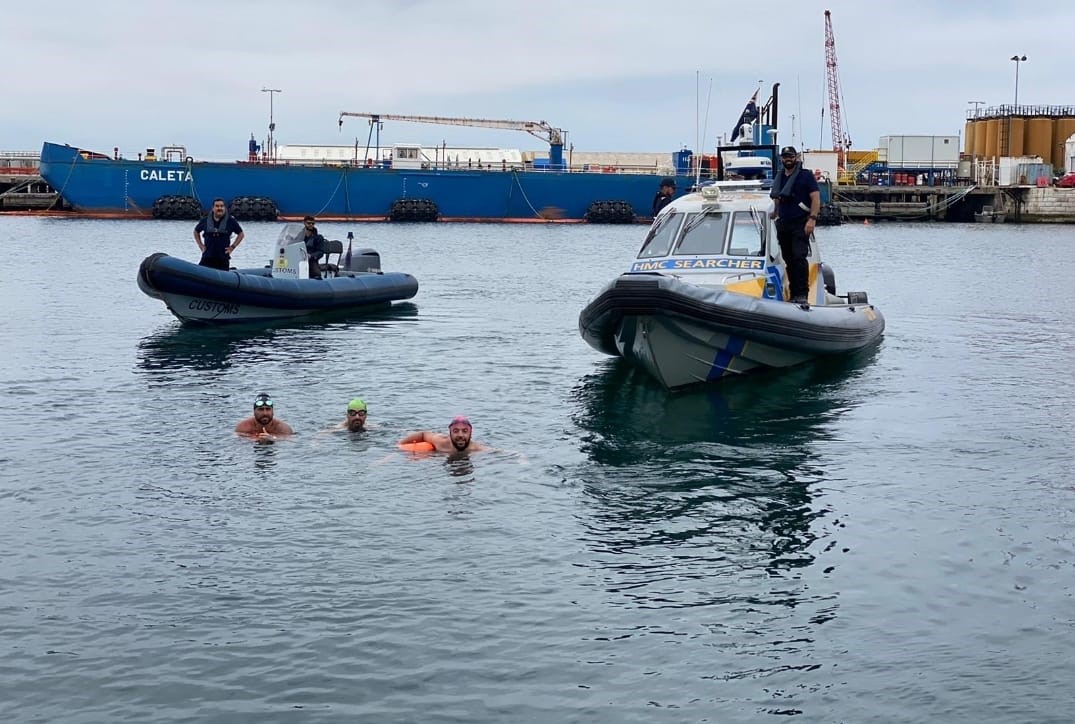 Mr Harrison is encouraging others to join in on the fun and take part on any segment of the challenge. He also stressed that those joining in do not need to cycle the full 90km, run the entire 21km or swim the distance of 1.9km.

Heeding his advice was on the first day was Charlotte Ward, who along with Mr Harrison is a member of Carpe Diem Running Club.

“Thankfully the weather was on our side,” she noted as the Levante provided cooler conditions on Tuesday.

“Doing the loops helped, it meant that you could do as many laps as you wanted, so there was no pressure at all.”
In a true test of character Ms Ward took a tumble on the third loop but she sprung back up, dusted herself off and carried on.

“Charles is such an inspiration to many, I felt extremely privileged to run with him.”

“I am unable to do tomorrow [Wednesday] but I will be there on Thursday, Friday and Saturday to complete the half marathon distance again,” she added.

Taking part in the cycle on Wednesday morning was Davina Barbara who called the experience amazing.
“The energy and vibe was really electric and I’m still on a high after cycling for about 30km, parent and work duties had to be factored in too so was all I could manage,” she said.

“This event has a specific charity at its heart and aims to raise awareness something that is felt within the community. ‘Day 2 is dedicated to all those that unfortunately aren't with us anymore... some who left us too soon and others after long battles’, so it was extra poignant to be part of it today.”

“I encourage anyone who can support Charles, Adrian and Kieron to do so in this challenge, as the journey will become tougher as the days pass, and they are sure to welcome all the encouragement possible.”

“A spectacular effort from the team, a heartfelt well done.” 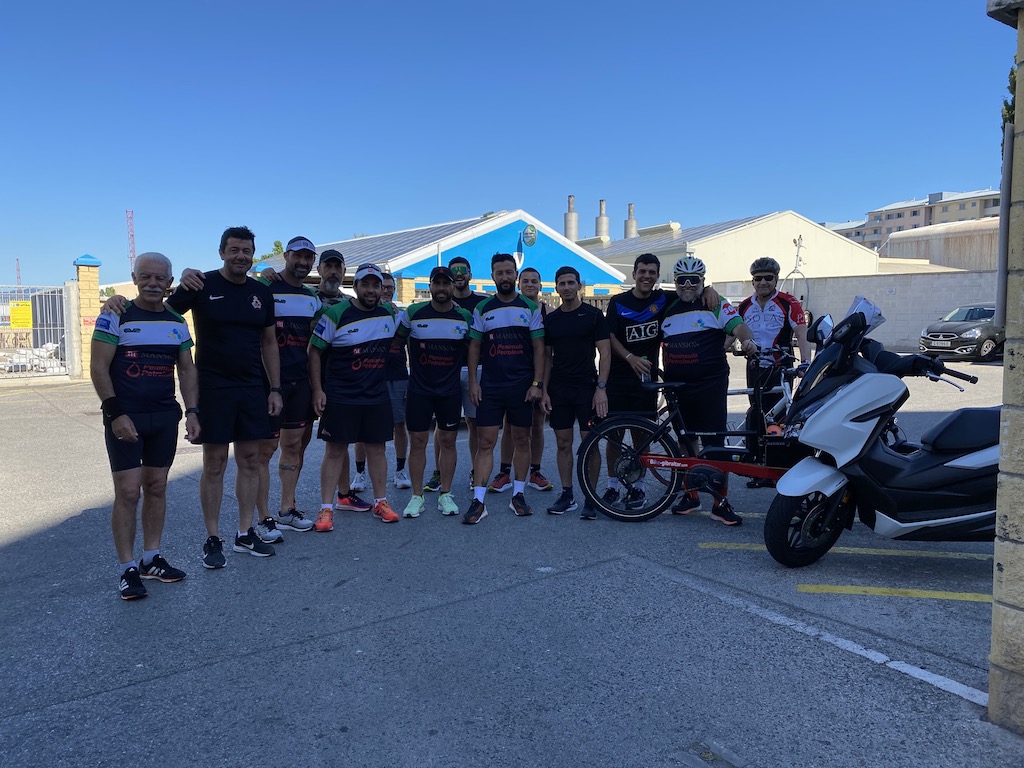 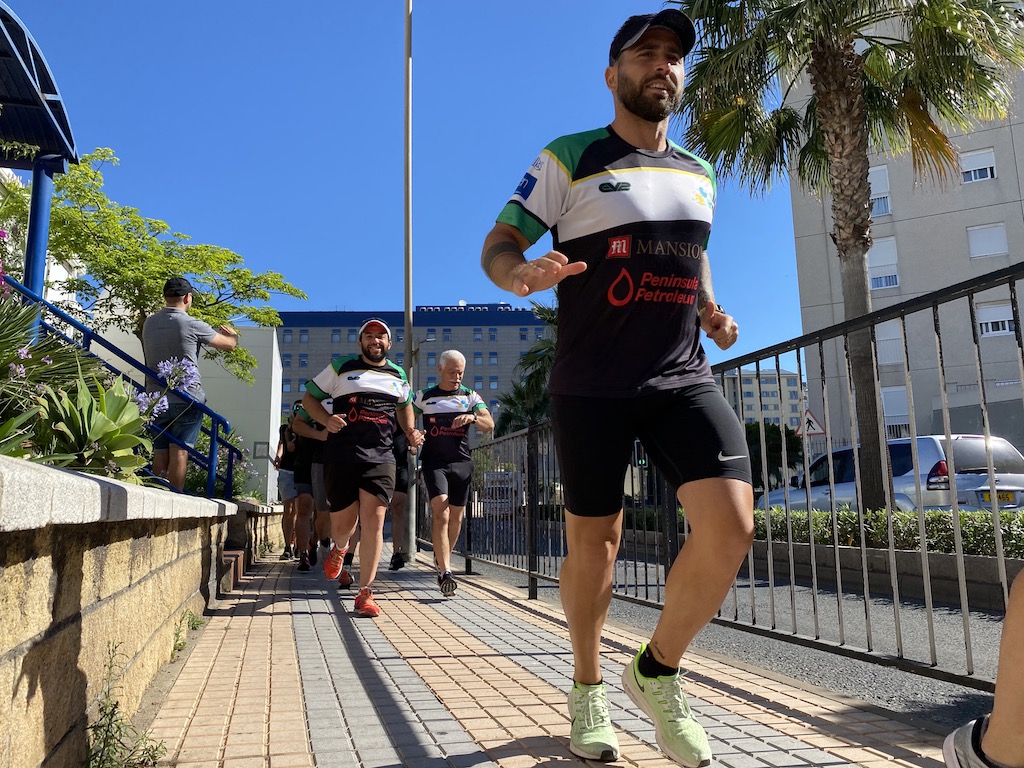 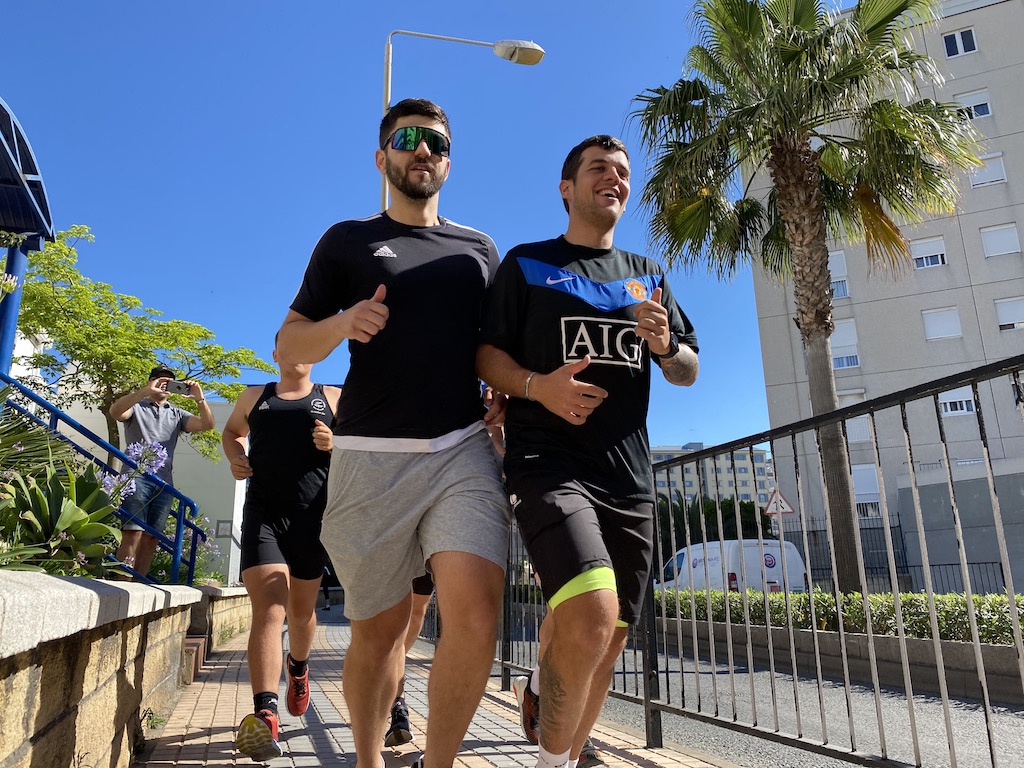