Football practise does not stop merely because Gibraltar is on lockdown. The actual restrictions can actually be turned to a positive restriction which can help players fine tune some of the most basic control skills.
If you look at any of the top legends in football and their profiles you will most probably find several common factors between them. The biggest of these will be that they will have been practising their skills day in day out from very young. Be it the streets, their homes or the football pitch. These players only became top players because they were willing to put in the hours and time. Many of them from a very young age, even before they realised they wanted to become professional players.
During the past seasons much has been spoken about in terms of children not seen on the streets where grassroots football for many should have been born. Similarly many of today's coaches, especially those who have come from abroad, have raised their concerns at the fact that fewer, and fewer young players are seen holding a ball or playing with it during their free time and their time off field.
It was Sir Bobby Robson, legendary English football manager and player that said “Practice makes permanent”.
Another legendary footballer the late Dutch player Johan Cruyff began playing football on the streets of Amsterdam. As his academy's website describes it he ascended "from his humble neighborhood, to the greatest stadiums around the globe," becoming one of football's biggest influences. Highlighted by Pep Guardiola comments when he said “I knew nothing about football before knowing Cruyff"
The idea of practise where ever you go sometimes has seemed lost in recent years as players now look to the training ground to practise rather than also practise their skills in their free time.
Unlike other sports, as one GABBA's President John Goncalves recently said, "football has the advanatge that it can be played anywhere." All you need is a ball and a little space. There are no baskets or equiment, necessary and even a ball can be made from anything around you.
During this present crisis when competitive football has also come to a sudden halt and there is no football ground to play at, or streets at which to kick a ball around, such words start to ring very true when the realisation is that the sport does not necessarily have to come to a stop for the individual. As long as you can move around and there is a little space you can still practise.
If anything, the present lockdown is a perfect opportunity, especially for the younger players, to tune their individual skills, in particular their control skills.
Tight space, with little room to manoeuvre means that there is a greater opportunity to learn some of the most basics of football skills which can later be taken onto the football ground. It could be as simple as walking around the house with a ball at your feet, never kicking it never letting it go beyond you feet, ofcourse so that nobody tumbles over it.
Ask you coach and he might tell you how in the good old days youngsters kicked (more like tapped) about a ball in the backyards, patios, terraces, corridors and even bedrooms.
It was practise that made perfect, something which sometimes is lost when young players join clubs and don their expensive football kits and boots. A pair of trainers, shorts and t-shirts will do. At home you could even play with bare feet and Pjs on, as long as your parents don’t mind.
Research shows that young players who practise and start to learn from an early age how to control the ball in tight spaces later develop into mature players with opportunities to play at top level.
The early stages in their grassroots years forming a foundation from which they can build upon.

This is why we bring you a few basic skills which young players can practise at home.
(Don't forget you don’t need necessarily need a leather football with which to play with. A Tennis ball, a small plastic ball, even a paper ball will do. The idea is to practise as much as you can, whilst you now have the chance to do so. And don’t go kicking the ball hard indoors, you really don’t want to hurt anyone or damage anything).

The Two metre football challenge is based on a challenge published by choosefootball a couple of years back. All you need is a two metres of space and football and yourself. 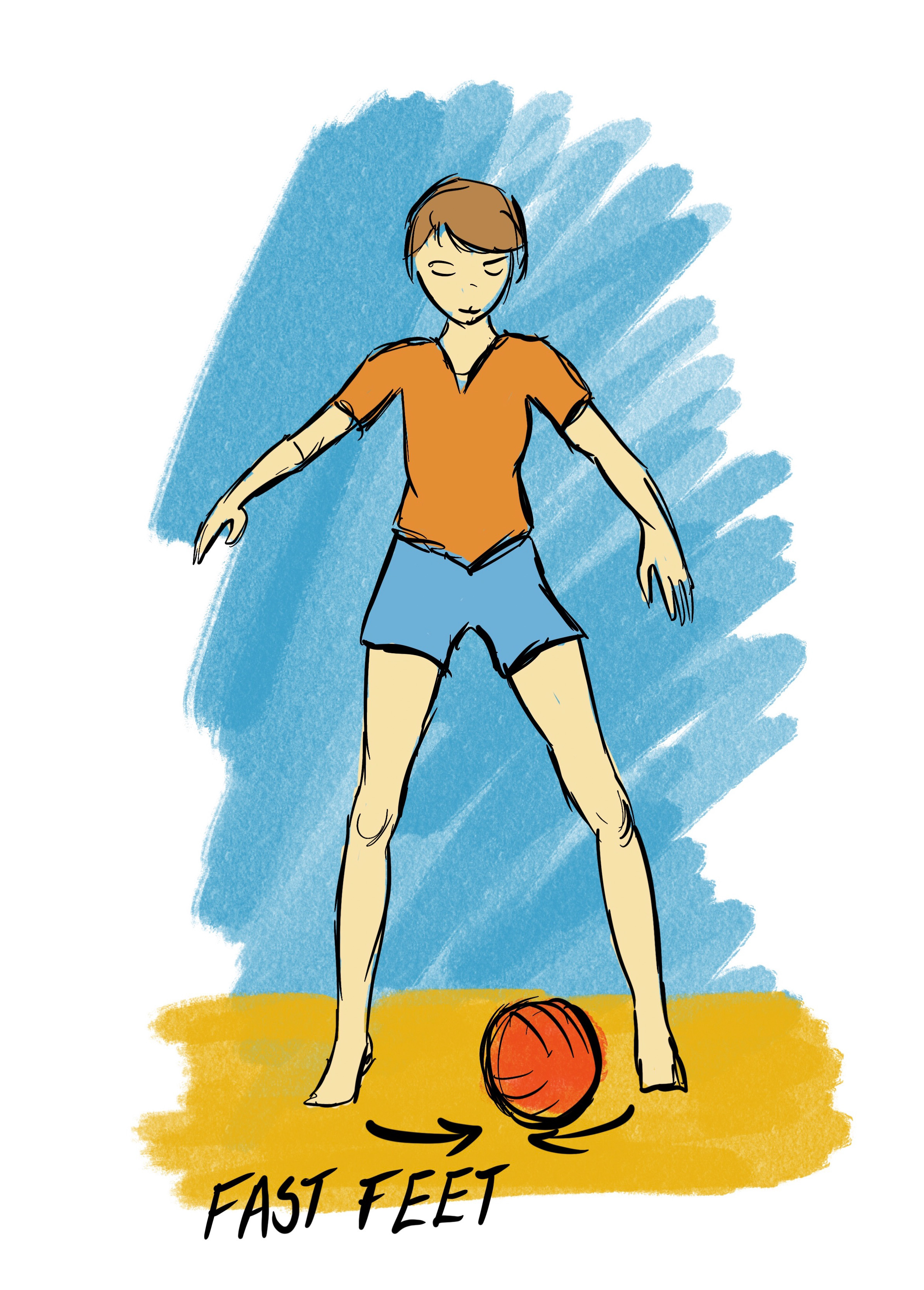 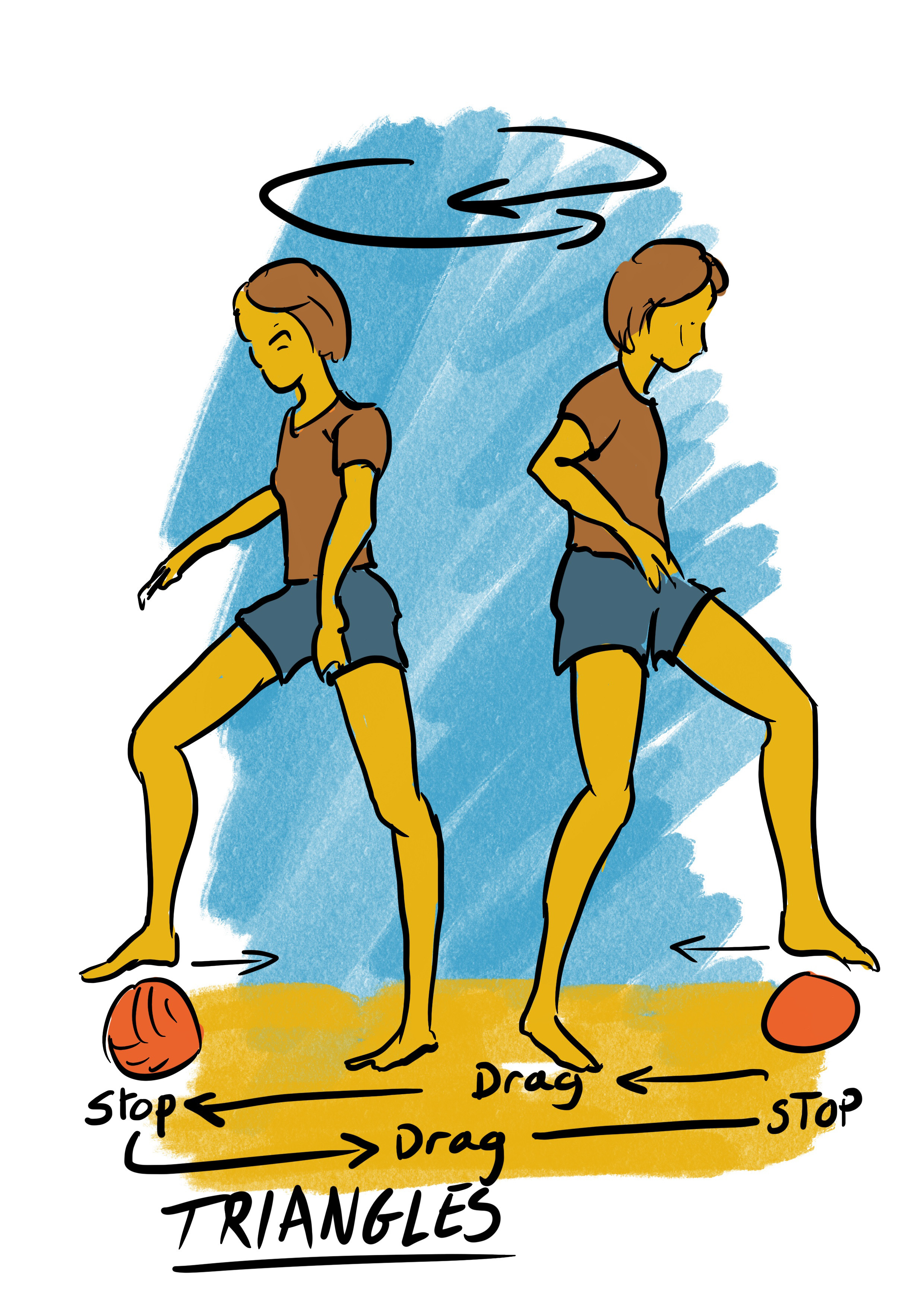 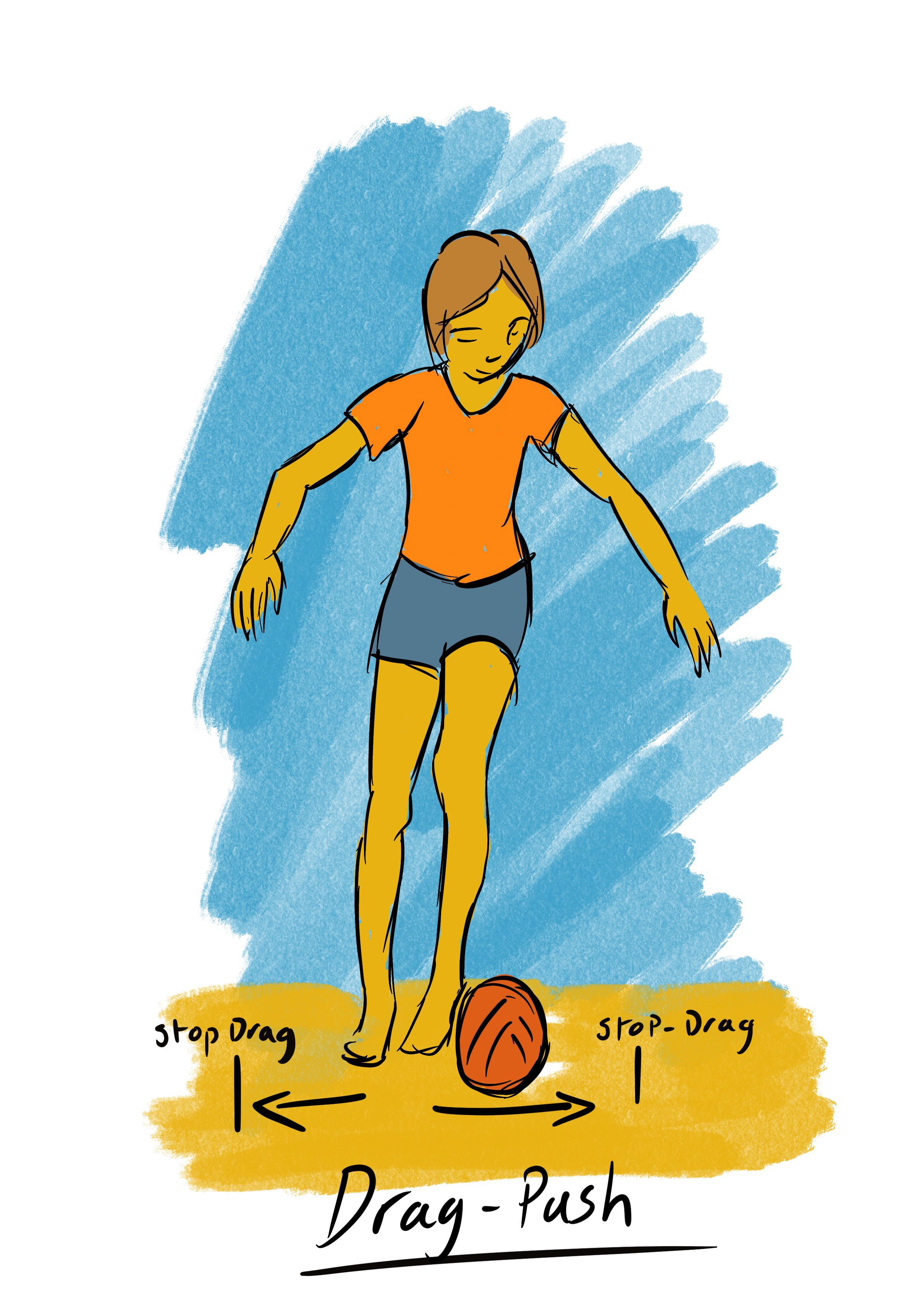 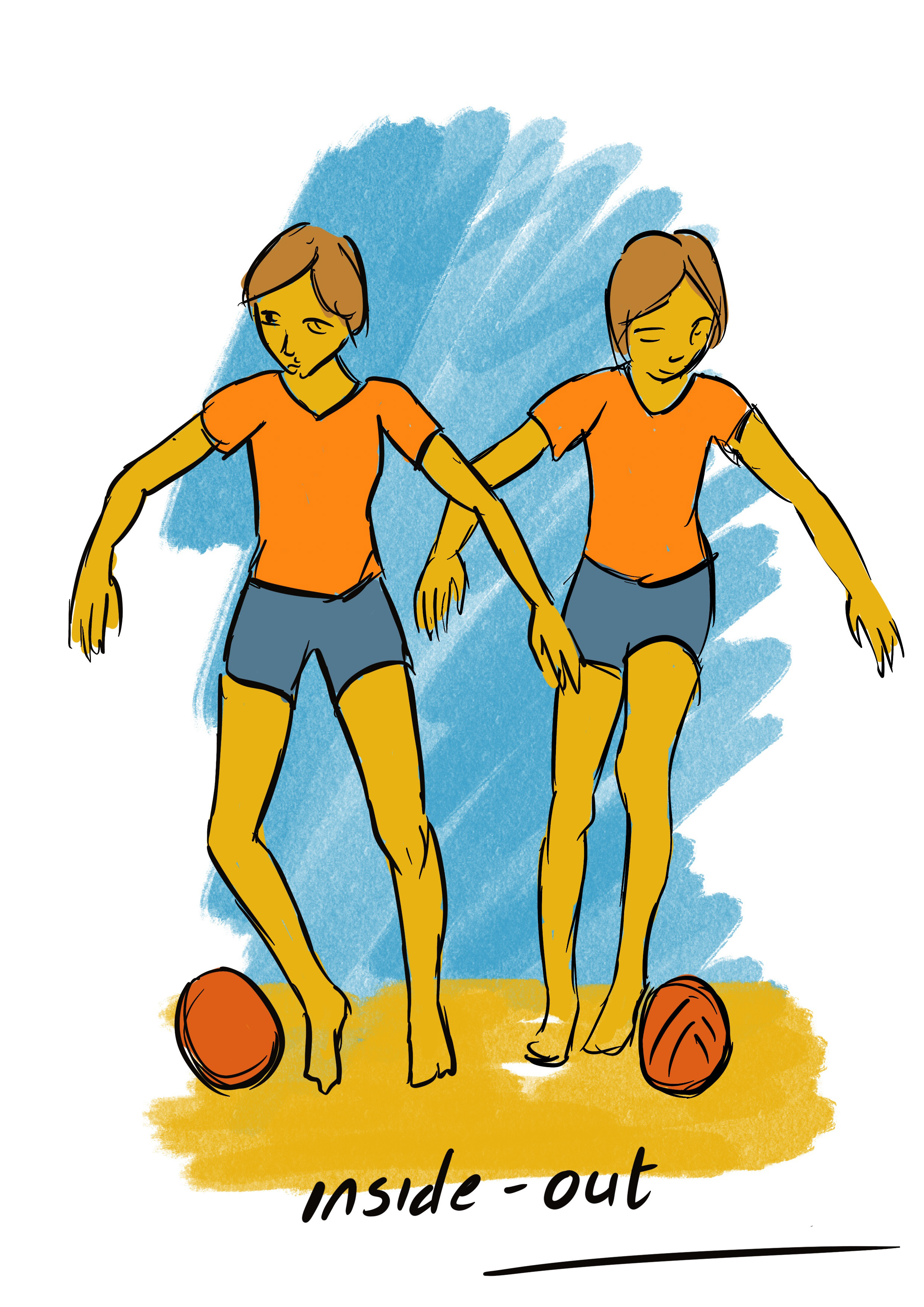 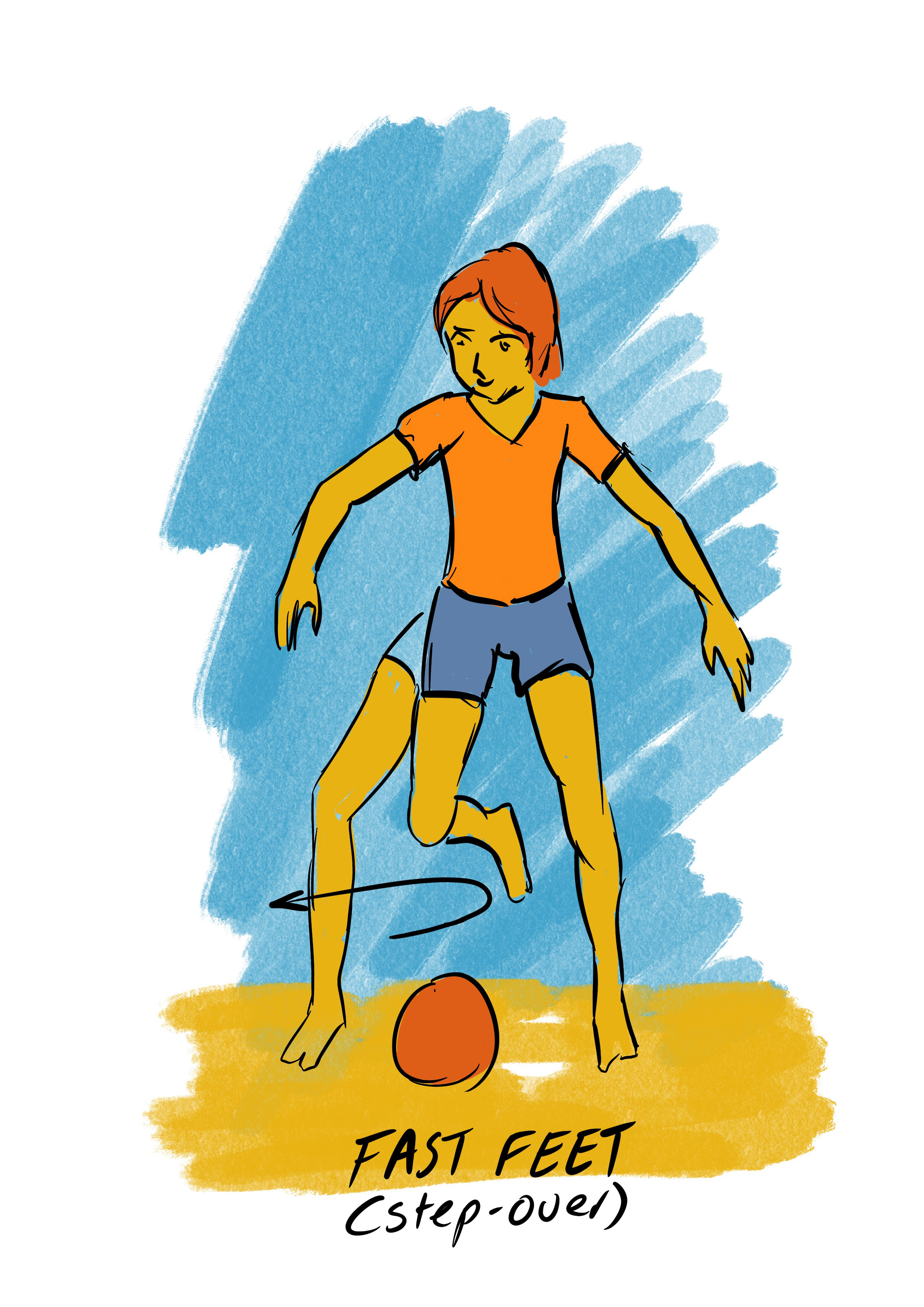 Fast Feet (Step Over)
Knock the ball in between your feet as quickly as you can, using the instep
Once the ball has hit the inside of your right and then left foot perform a step-over with you right foot as the ball is moving
Once your foot reaches the outside of the ball again perform and fast feet repeat the step over with the left foot.
Find a rhythm and make sure you are on the balls of your feet. 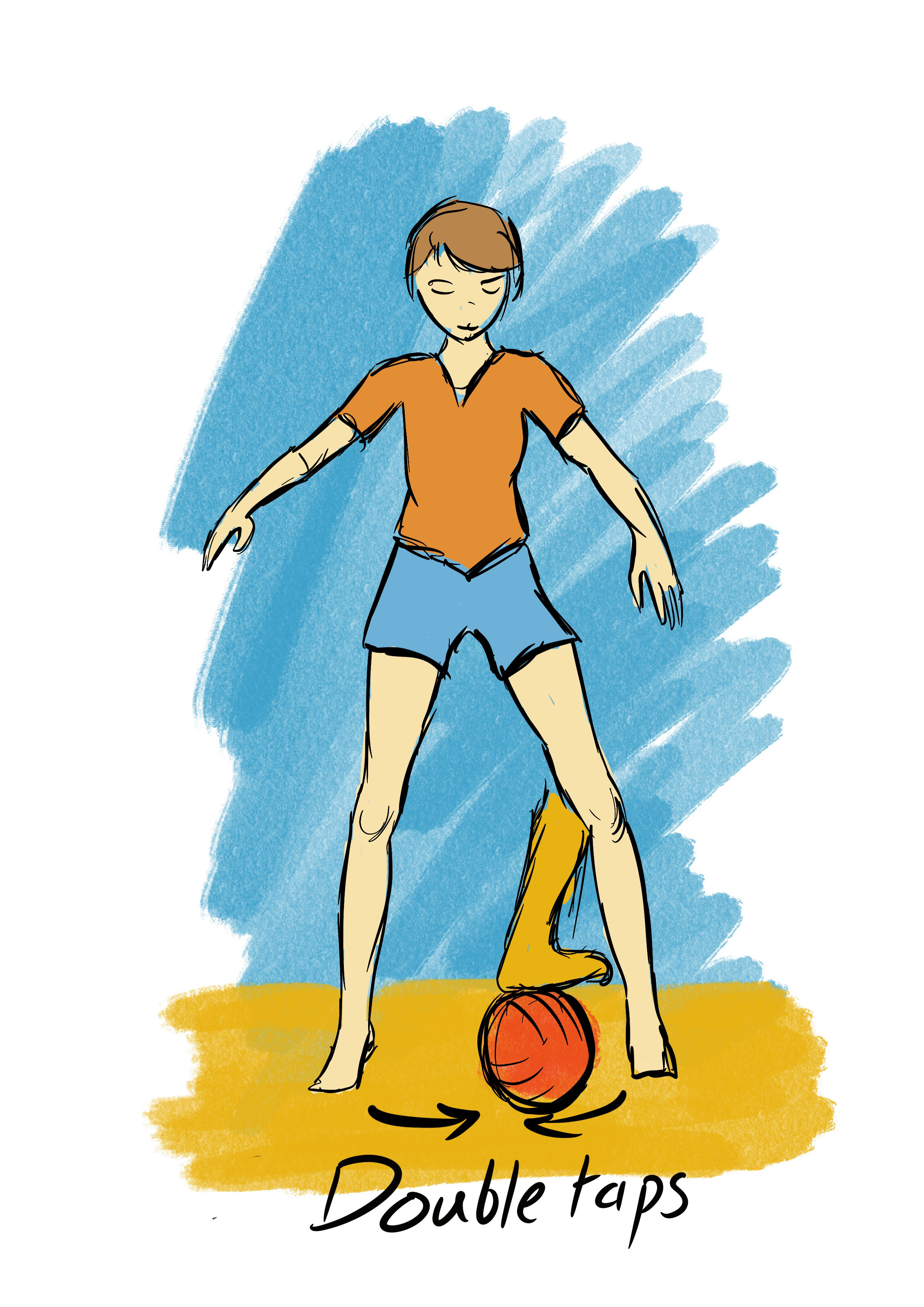 Double Taps
This is a combination of fast Feet and Toe Taps
Once again find a rhythm, it is easier if you say the process to yourself, side to side, top, top
So knock the ball from one foot to the other using the insteps
Then follow that by touching the top of the ball with two toe taps
Continue the exercise 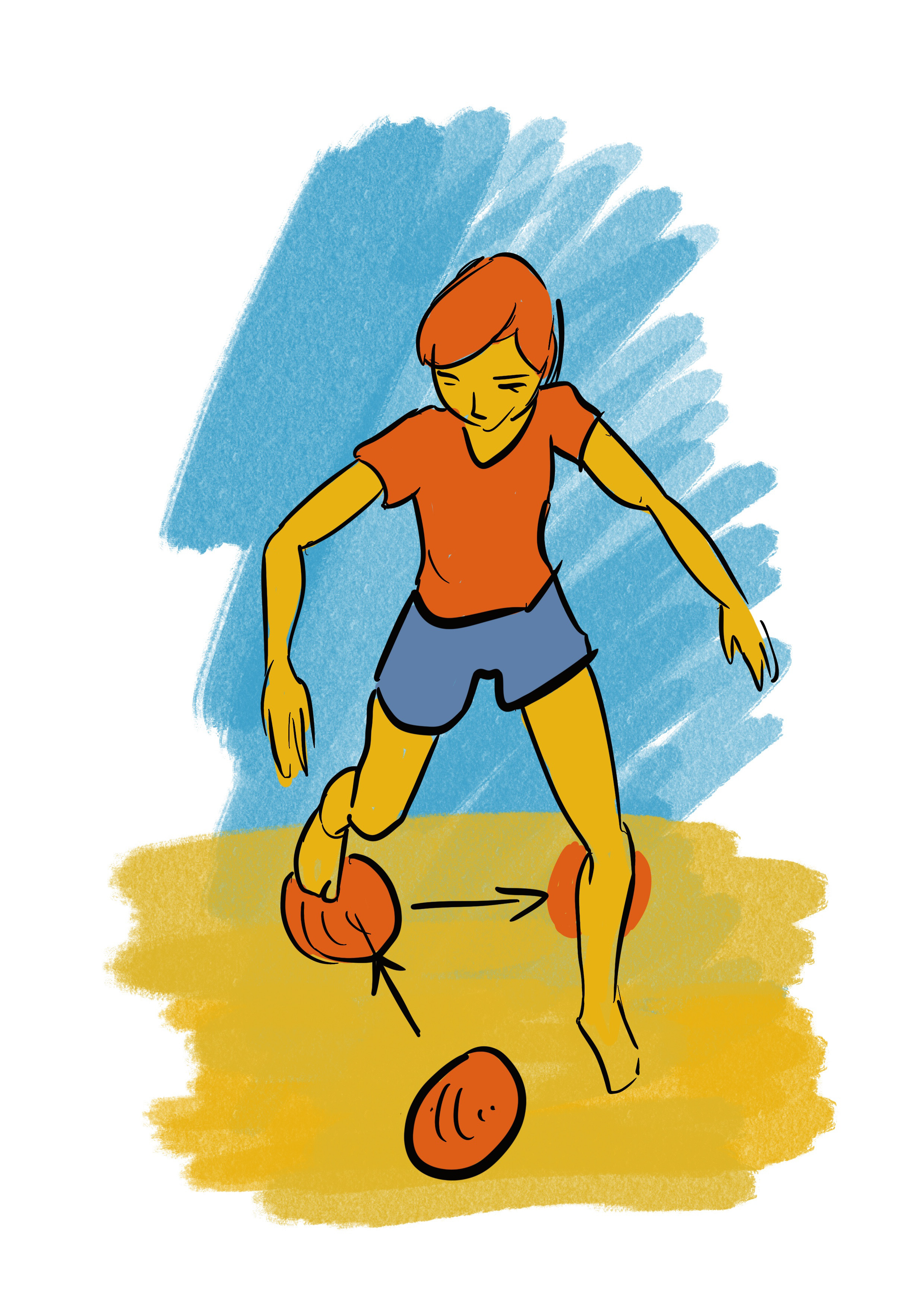 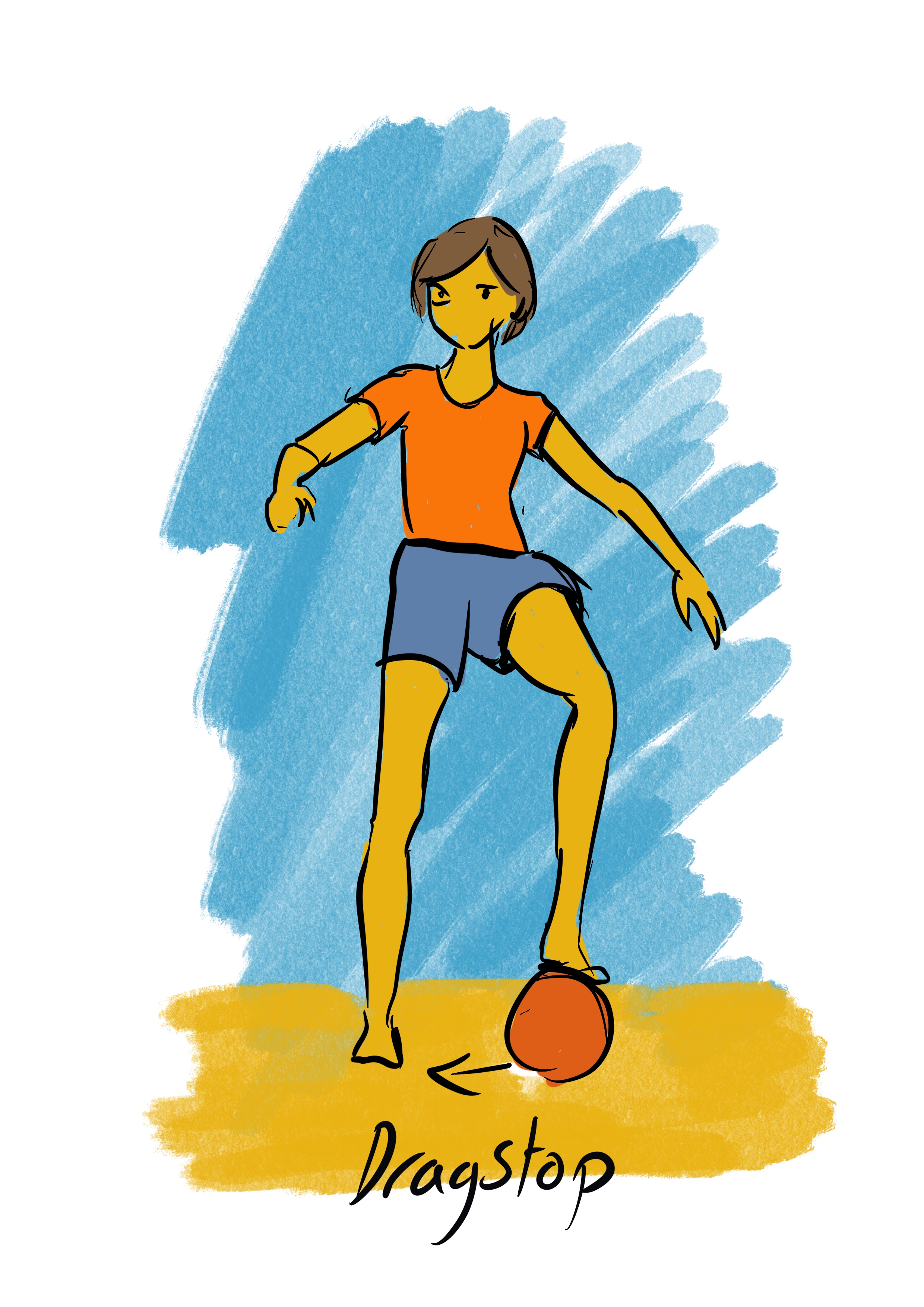 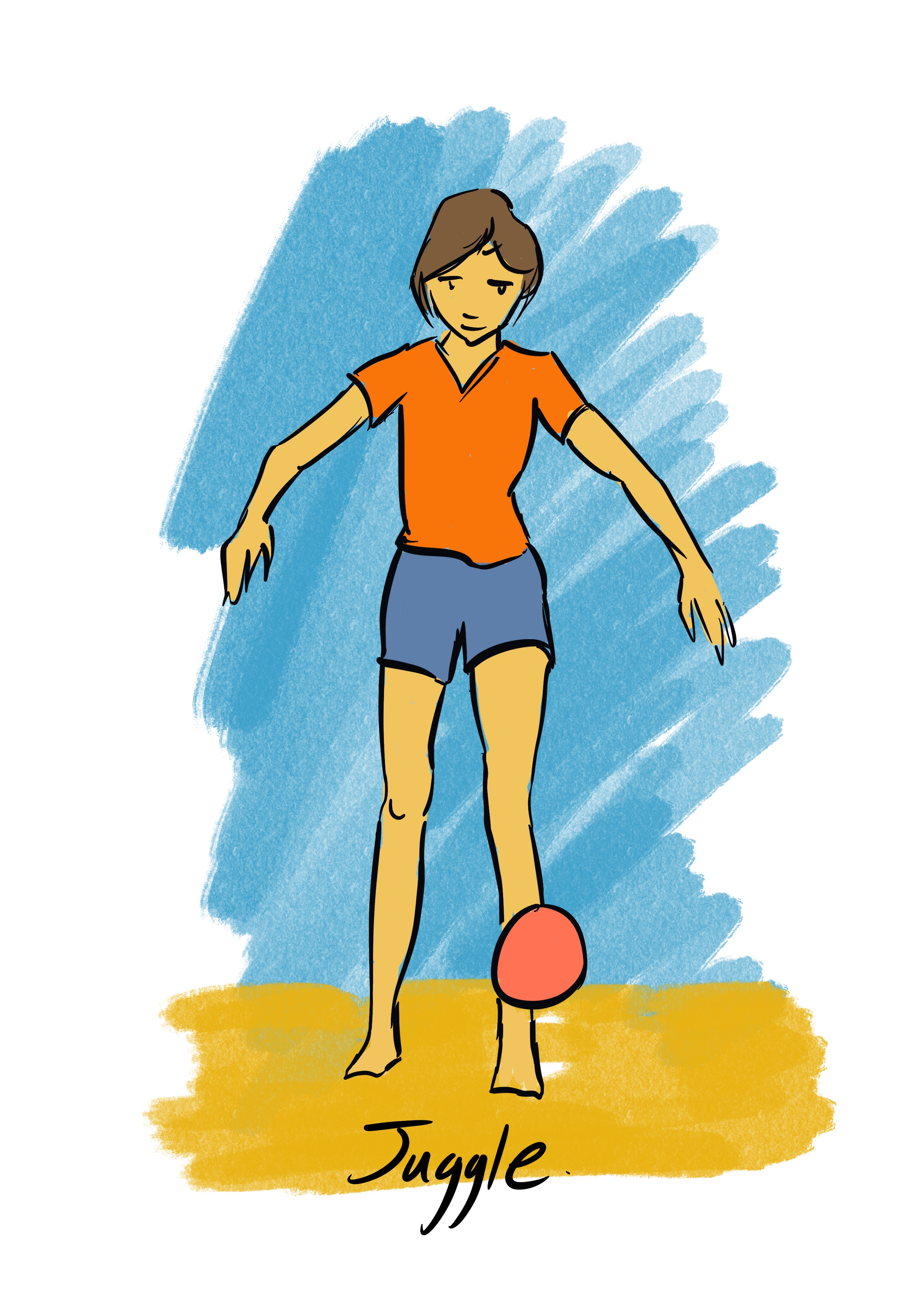 Juggles
Ball has to be kept up using the feet and legs without bouncing and not moving outside the square.

Post your videos online and tag #GibChronSports #2mfootie to show us and others how you are doing.