Lions Gibraltar FC Women’s team this Tuesday lifted the Gibraltar Women’s league trophy bringing to an end what has been a long and somewhat bizarre start and stop season for women’s football. However, one in which women’s football has shown that the determination to develop and build on its future is well established within the young ranks which battled for the title until the last round.
Lions Gibraltar entered this Tuesday’s match against Lynx knowing that they had already been crowned league champions after Europa’s defeat of Lynx in the weekend.
The league which had started prior to the second lockdown had to wait until after the Futsal season to proceed. Lions Gibraltar, who had already established themselves as leaders had a difficult task returning back and try and keep their momentum. A 2-2 draw against a much improved Europa highlighting the difficulties they faced.
The team, which has worked on building from the foundations up under the guidance of Janssen Olivero, also now guiding the women’s national team to their first official full international friendly in Liechtenstein, has seen many of its very young talents come to age. Gelling together as a squad, and with a humble approach to the game across the squad, Mr Olivero has build a unit which has worked tirelessly on and off the field to this year lift the league champions trophy.
We had a chance to catch up with Mr Olivero and speak to him about how the season has gone.

Its been a hard season for the girls and yourselves with the big break between the start and continuation of the league. How difficult was it to maintain your momentum?

“This year has been a very challenging year for the whole of Gibraltar requiring our great community to once again bound together to face and combat this virus. At times like these things like football take a back seat, with the welfare and safety of all taking paramount importance. It has posed its challenges of course, especially considering that, due to restrictions, we were unable to carry out our customary pre season training and friendly matches across the border. Players had to show self discipline and commitment in getting physically ready for the upcoming season, many times, on their own. All this without actually knowing if in fact the season was in fact going ahead.
“We did manage to kick off the season and did so firing on all cylinders, being very dominant and taking maximum points in our opening games. Unfortunately however, the league had to once again be cancelled several games in due to the second wave of infections. This meant all the hard work players had put in to be match ready was once again set back.
“However players maintained that desire and hunger to once again kick a ball this season and hopefully see the league campaign through to its conclusion.
“Thankfully many of my local players had the opportunity to maintain standards during the lead up the the futsal euros with many of them forming part of the provisional and final squad that faced Belgium in May.”

How have you seen this season competitive-wise? Has it been an improvement from other seasons? Is it tougher now?
“It's been a much tighter season this year and that is simply down to the quality of play being witnessed week in week out. Womens football is definitely on the rise. Our recent performances against Belguim in the Futsal Euros qualifiers is a testament to that. What many people don't realise is 99% of these players that faced Belguim are not futsal players but football players and any player or coach will tell you there is a vast difference between both. For our ladies to make that adjustment and perform the way they did against Belguim just speaks volumes for the quality and potential these ladies have to offer.
“We've ended up winning the league comfortably this season on points, but my ladies have had to fight hard to earn every point they obtained this season and with everything that's happened this year, it just makes winning this league that much more special.”

You have build during the past years a squad very much from grassroots levels up. How far do you think your squad can go now if you can keep them together? And how difficult will it be keeping them together considering that some players might wonder away for studies soon?

“It's always been a philosophy we've had at Lions to nurture young players and feed them into the senior squad and women's football is no exception to this rule. An example of this was our last league match, where the average age of my front three was 15 years of age (13/15/17).
“The squad in general is nicely balanced with 80% of the players being under the age of 24 years. A problem coaches face in all sports is players leaving to further their education abroad. I embrace that and encourage my players to continue to play whilst they are studying abroad. It is up to me to then bring in other players or nurture young players to fill into these gaps to ensure the team remain competitive on the field.”

The league has been considered a development league all this time. Is it time to take the next step and offer more incentives such as qualification into the Champions League?
“Hehe hehe, that's the million dollar question.... should we move away from it being a development league, yes most definitely. These ladies deserve and have earned the right to enjoy all the same spoils as their male counterparts here in Gib. However this must be done with great care and thought, learning the lessons we have learnt from the mens league when we entered UEFA and subsequent spaces offered to teams in European competitions for finishing top of the domestic league. We must ensure clubs enter this with the intention to continue to build and strengthen womens football and by rights our national women's team. In my opinion, if this were to happen we must have a HGP rule in place to ensure a high number of local players are on the field at all times. Some form of financial restrictions implemented to ensure and protect every team play on an equal playing field not only on the pitch but also on the financial side when it comes to signing local or foreign players. And most importantly to ensure that any revenue generated through winnings be directed back into womens football and not disseminated towards the men's game. Not any easy feat as you can see but one that can easily be achieved if all enter it with a genue desire to promote and push womens football here locally and internationally to its fullest potential.”

What has it meant for you seeing your team lift the trophy this season?
“A immense amount of pride in my players for overcoming all the difficulties posed this season and still come away as Futsal League and Football League Champions.
Relief too....this team has been on the verge of winning a league title for a few years now, just falling short at the last hurdle. Thankfully this has not been the case this year and they've finally been rewarding for the outstanding group of hard working and dedicated individuals they are.”

Gibraltar women’s football now heads towards their full international friendly matches against Liechtenstein later this month. In the meantime the league is looking at the possible inclusion of more clubs with Gibraltar Waves already established at Futsal level and waiting to start the new season at eleven-a-side. There are also other teams understood to have shown interest in joining the league. 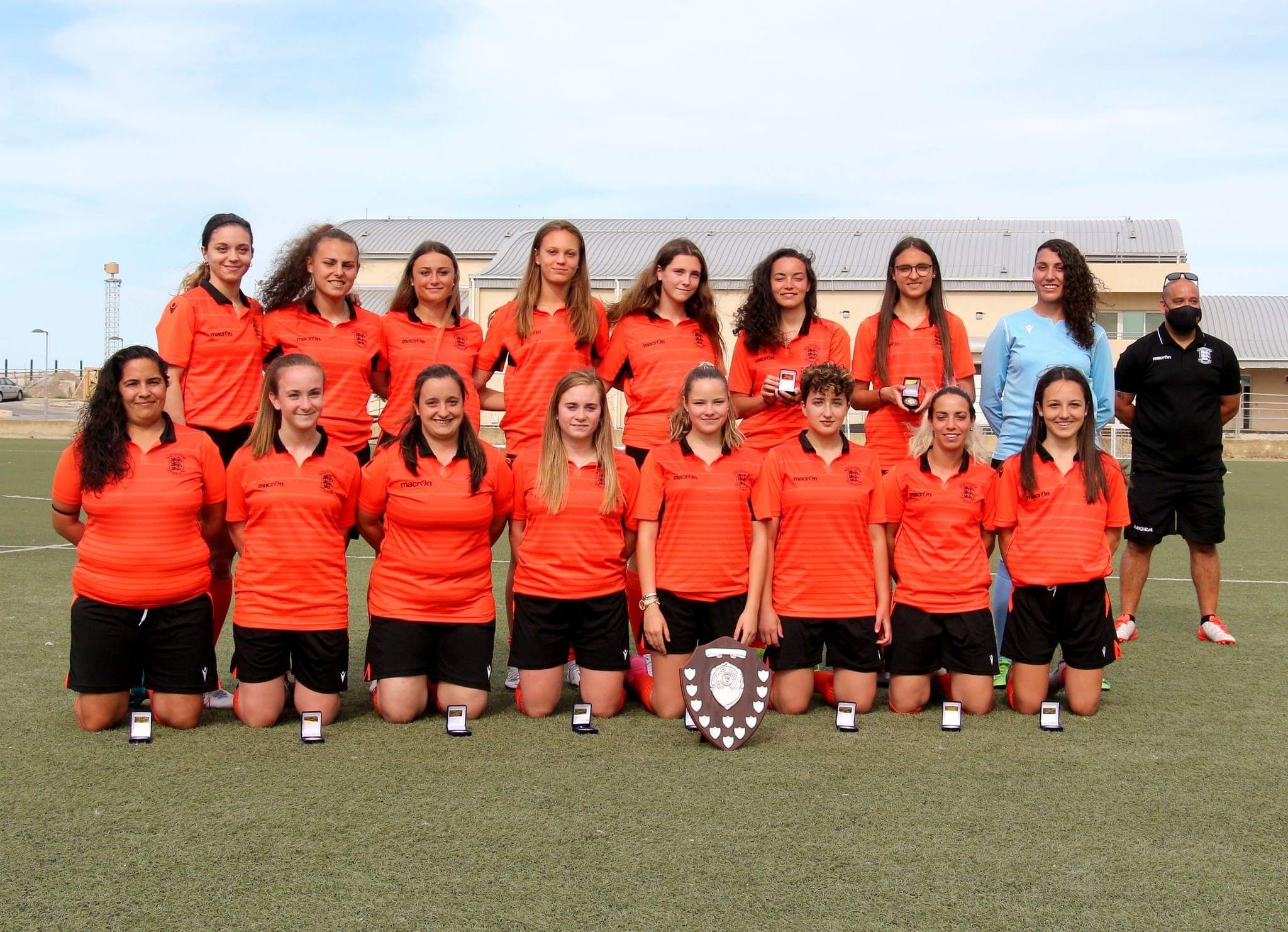