By Ashley Maer
It’s always a good start to a city break when you actually make it over the border into Spain.

Armed with a British passport and the notorious blue ID card, I was pleasantly surprised to be allowed through with just a stamp and no questioning as to where I was going (I had the hotel booking printed at the ready just in case I hasten to add!). 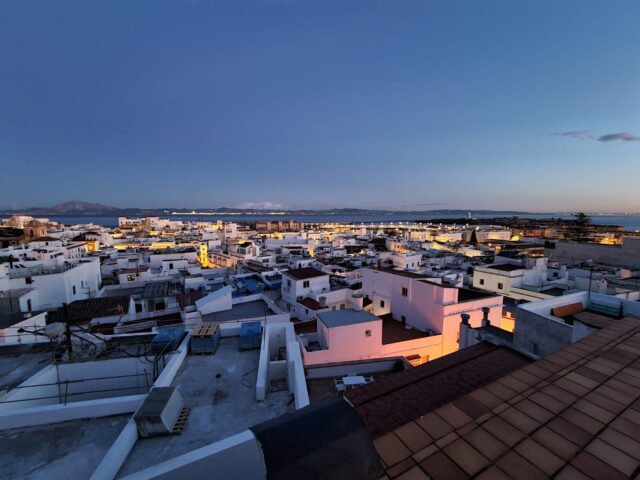 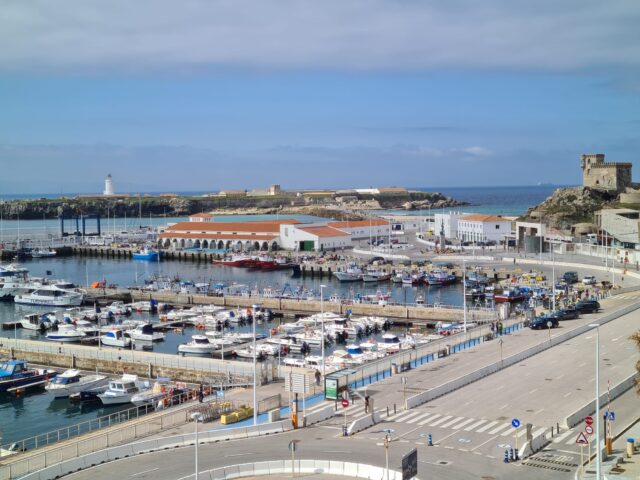 Sunglasses and Spotify playlist back on with the Spanish border police disappearing from the rear-view mirror, it took around an hour to get to Spain’s southern-most little toe, Tarifa.

We booked into El Asturiano Hostel for a two-night stay (110 euros), just outside the historic Jerez Gate. Interestingly, this medieval gateway is the only entrance through the old Moorish city walls that remains today of the four original ones.

Run by a very friendly man called Jesus, the hostel has a roof terrace that gives incredible views out towards Morocco and Ceuta. These views are especially impressive during sunset, if you like taking photos of that sort of thing. The roof terrace is closed at night, so you have to sneak up quietly for the sunset pictures, otherwise Jesus will hear you.

Anyways, we arrived late and peckish. So after dropping our bags at the hotel, we followed our noses around the old town until we ended up in a lively little flamenco tapas bar called El Lola.

At the risk of sounding like an uneducated foodie because we didn’t order the tuna for which the restaurant is well-known, I had the best mini-burger of my life here and the pluma iberica was so good we almost ordered another. Incidentally, this is a great little spot for people watching.

At this stage I should point out that this little travel feature will focus somewhat on food and although we had grand plans to go on a hike and do whale-watching, I can tell you now, this did not happen.

The next morning, after a quick Spanish tostada con tomato and a coffee or two, we headed to the Castle of Guzman El Bueno, which was originally built as a Moorish fortress in 960 AD don't you know.

Now I’ve been to Tarifa more times than I can remember, but this was the first time I’ve done a castle tour, and to be honest, it’s not bad for four euros each.

It takes about an hour to walk around the whole thing if you stop and read the information signs, which I did with the obligatory rubbing of the chin (the signs are in both English and Spanish by the way).

Perhaps the most interesting fact that I learnt and something that I have been informing anyone who will listen since, is that there used to be two islands opposite the castle.

One is now connected to the town by a narrow land bridge (the one that separates the Mediterranean from the Atlantic Sea). The other island was where the watch tower that looks haunted is now (Castillo Santa Catalina), which is on a hill – that was originally an island!

And one last hitherto unknown fact for the road before I bore everyone who probably knows all of this already, is that the official name of the town is Tarifa de la Frontera, which unlike nearby Spanish towns, has been shortened to Tarifa. This means ‘of the frontier’ and is a throwback to when it was a border town between Islamic and Christian populations.

Perhaps the highlight for me though after these mind-blowing facts was the chance to get a photo in a suit of armour — it’s the small pleasures in life after all.

By now, it was what I like to call “guiri-lunch-time,” which is between 12 and 1pm, when the restaurants are empty and you have the pick of the best tables. 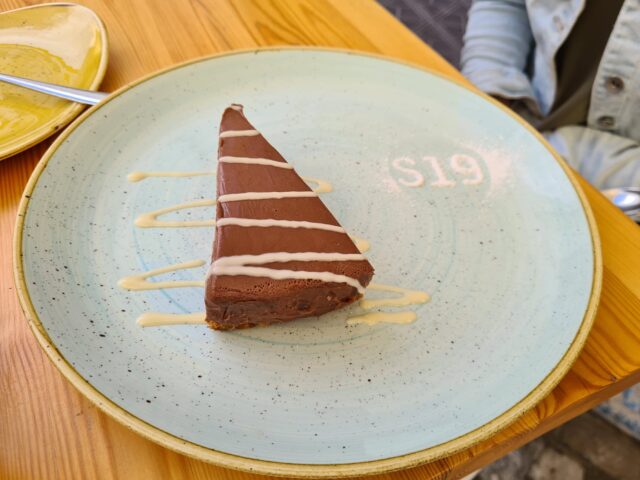 We plonked ourselves down at a roadside table outside Meson Siglo 19, which Trip Advisor assured us was worth a nibble. They weren’t wrong, and the Nutella cheesecake for dessert is so good it warrants a return visit.

For those that have not visited the coastal town before, it’s worth taking a little walk around the narrow streets of the old town. We wandered into a few old churches, a market and a swanky looking spa hotel called The Riad, which has been noted for future visits.

After a generous afternoon nap back at our hostel, we headed out again and found a cute little bar next to the Jerez Gate where they do Happy Hour cocktails — the Bossa bar – which is another good spot for people watching. 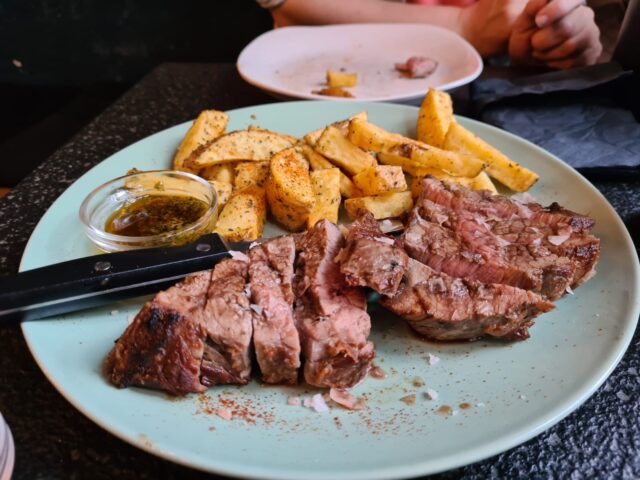 We then headed to our last supper at Un Lugar, a cosy restaurant that did delicious Argentinian pastries and a house red wine that punched above its weight.

It’s worth noting, especially if you have not been to Tarifa before, that the Ruta del Atun Rojo is almost upon us (May 27 to June 5), where dozens of restaurants in the old town compete with each other for the prize of best tuna tapa.

But if that’s not your thing, there is always the mini-burger in El Lola for the more discerning foodie.