Two out of two for Gibraltar U19s against Malta

The Tercentenary Sports Hall was far from full, with both matches played by the Gibraltar U19 futsal national squad against Malta attracting just under half the stands on what was a the weekend before Christmas and a World Cup Final weekend.
However, the resilience and determination of a young squad, playing against international futsal debutants Malta proved to be a confidence boosting launch pad for the Gibraltar team with two wins out of two.
Gibraltar started strong on Saturday but soon found out what it was like to be playing on the international stage.
Within seconds from the kick-off Gibraltar placed Malta’s goal under threat. However, just as quickly they were to find themselves behind. Malta’s quick break slicing through Gibraltar to end up with their first goal.
It was a wake-up call in which the Gibraltar U19 did not look back from.
Levelling the score before half-time they went on the win their first match 3-2 and provide an enthralling and entertaining match with confidence and determination.
With the lessons learnt from the first day, they were not to make the same mistake in their second encounter.
A chilly Sunday, with the match set to kick off at lunchtime saw little attendance, football enthusiasts split between watching the friendly international, watching the Gibraltar Football League clash between Lincoln Red Imps and Bruno Magpies, which resulted in a 3-1 win for the Magpies, and waiting for a World cup final which would kick off just a couple hours after the end of the Gibraltar v Malta match.
Gibraltar’s young guns, led by Jamie Bosio, as head coach, who had publicly put his confidence behind his team and the attitude they had shown in preparations and after the first match, did not disappoint as they took the lead and went on into the half time break with a 3-0 goal advantage.
They were not to give up this lead, and although conceding two goals in what was an exciting second half, they were to go one better and put four past the visitors Malta to finish with a 7-2 victory.
Gibraltar’s Under 19 will now continue with their preparations during the festive period knowing that they have another big date at the Tercentenary Sports Hall in January. Gibraltar will be hosting a qualifier group which will see them in action once again against San Marino and Montenegro.
With the display and attitude shown this weekend, the Under 19s are likely to thrill the home crowd again, hopefully with a full attendance this time.
Images by Gibraltar FA 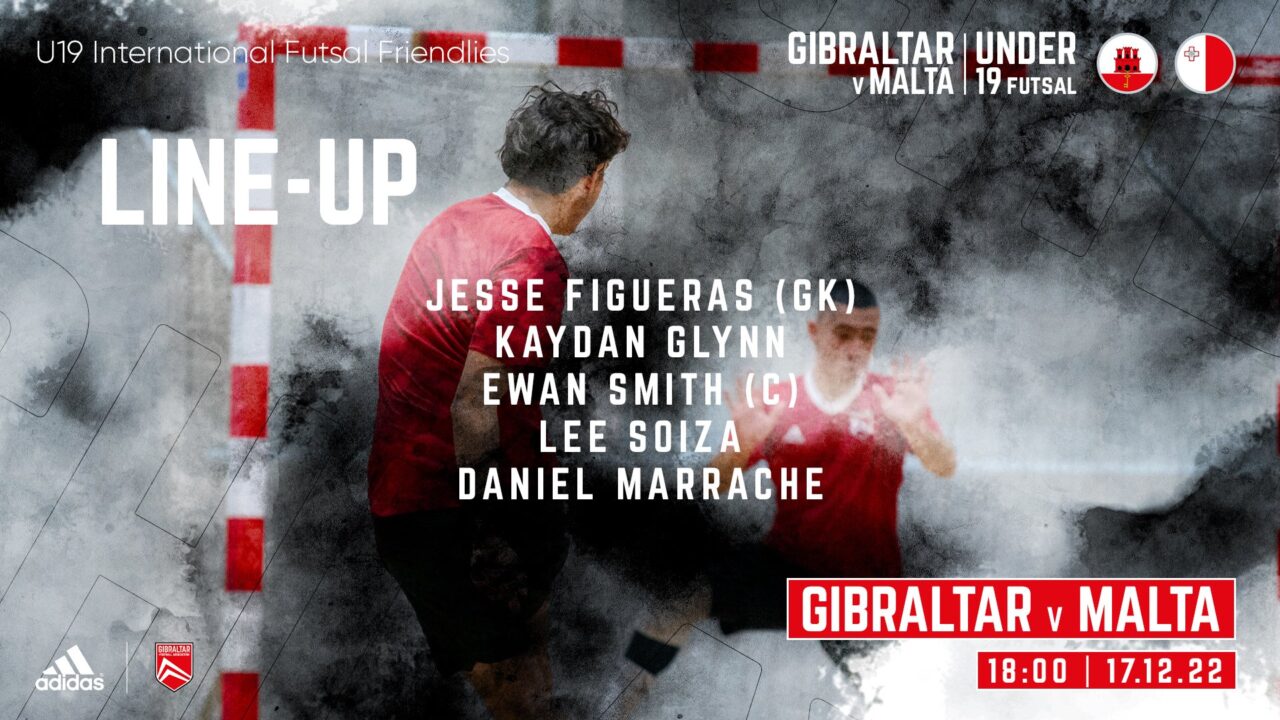 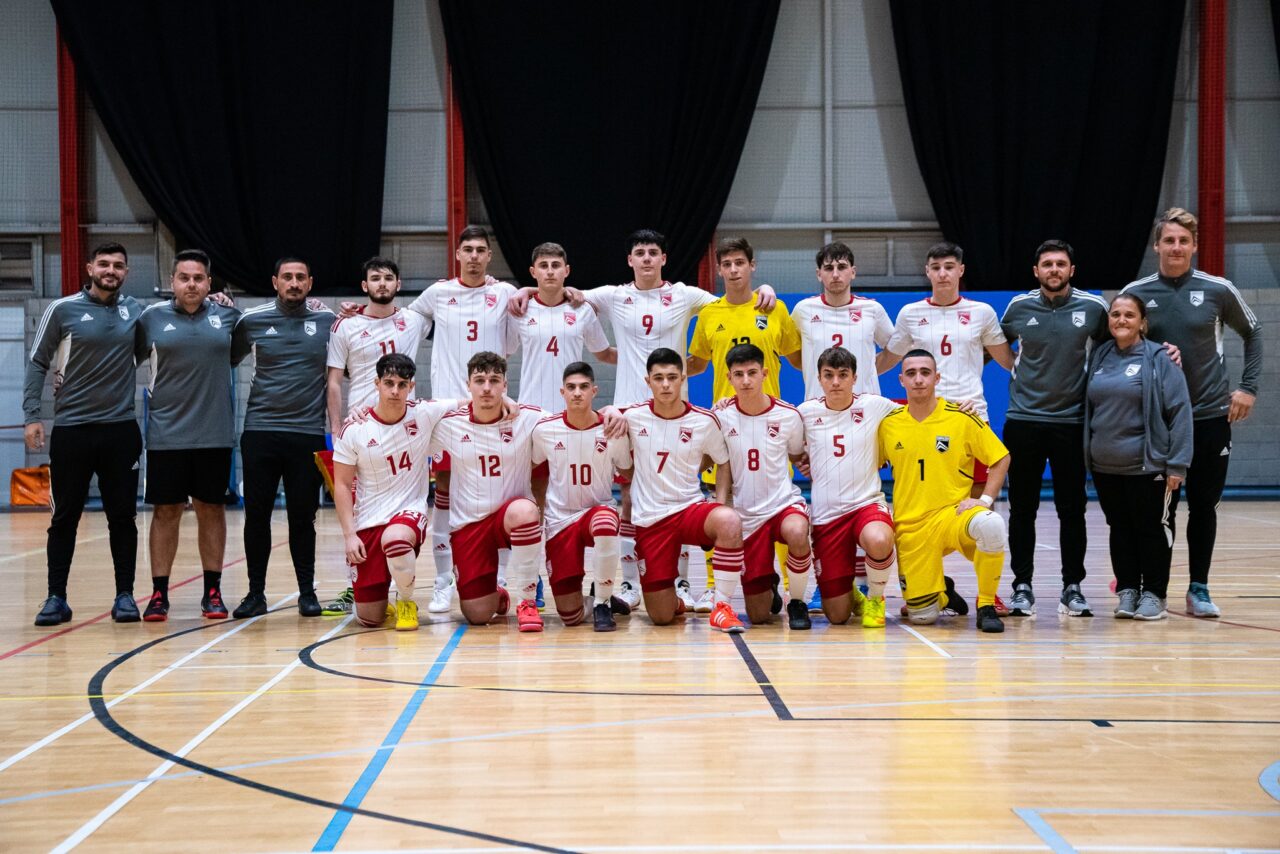 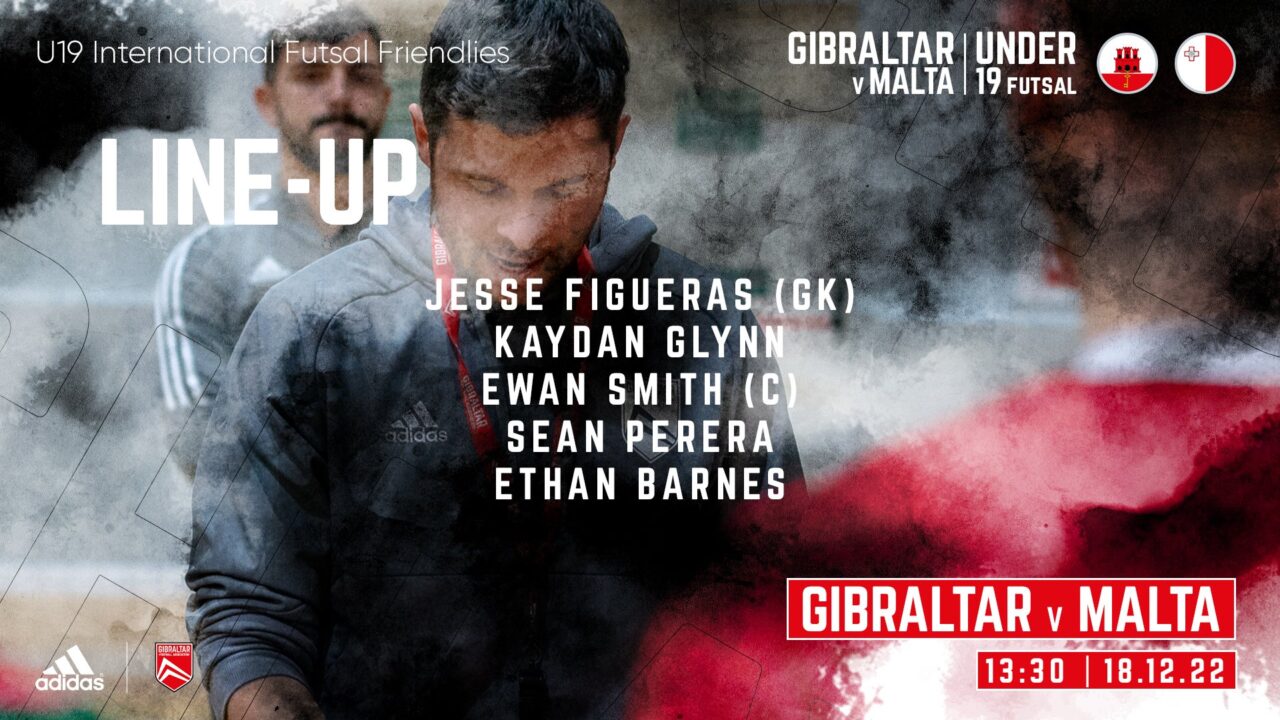