Women’s football gets to share allocations for national squads

The women’s national squad made up the fourth national squad that has been training at the
Victoria Stadium this week.
With the men’s U19s, U21s and the senior mens team all playing this week the main pitch allocation
was in full use by the Gibraltar FA national teams. In what is now becoming a regular sight, the
women’s team were also afforded the same priority with the women’s squad, although still a coupe,
weeks away from playing using Victoria Stadium for their training sessions.
The Gibraltar’s Womens National Team will play two International Friendlies on November 26 and
29 against Liechtenstein in what will be rematch from June's reverse fixtures.
Back in June, the Womens National Team travelled to Liechtenstein where they made their UEFA
debut falling 4-1 and 2-1 respectively.
Women’s football has been given a boost this season with five clubs playing in the league and a
handful of players now playing abroad. These past week has also seen players enjoying Shania
Robba’s venture in BT Sports Ultimate Goal where the Gibraltar player has already reached the third
day. Her venture in the BT Sports reality football series seen by many as highlighting how far the
women’s game has developed on the Rock, although the gap between the top players and the
upcoming players had widened. 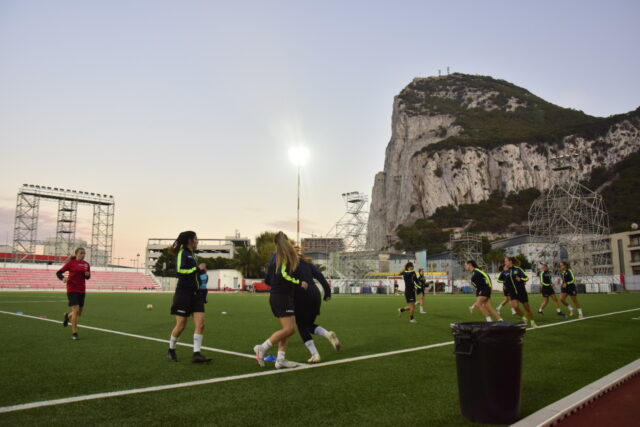