In this week’s travel feature Shaun Yeo visits a complex labyrinth of flooded underwater caves, which exists below the city centre of Budapest.

It was cold a morning in Budapest, a chilly 2’c air temperature, when I visited in October last year. I met my cave diving guide in what appeared to be the town centre of Budapest, but it actually was! The cave system was below us! Unbeknown to many, a complex labyrinth of flooded underwater caves, exists below the city centre of Budapest, in Hungary. 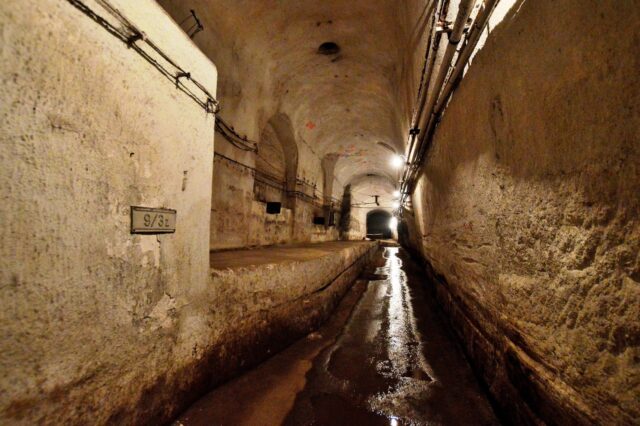 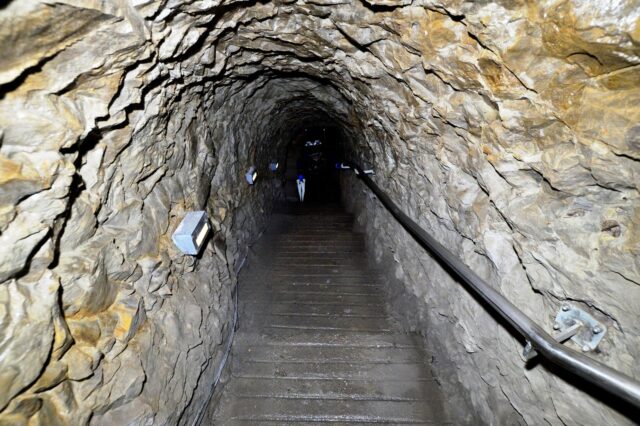 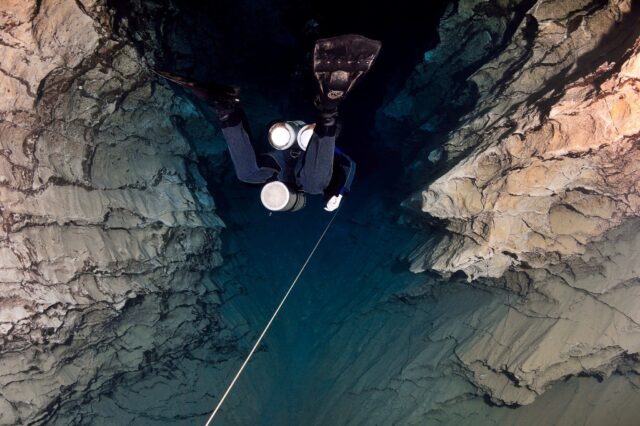 The cave system is called Molnár János, named after the person who discovered it. There’s an old building at the entrance, which I later learned was a Turkish bath. The waters from the thermal cave system inside, was used for the bath in the 1800s.

A small lake is also found at the entrance to the cave, called Lake Malom. Steam appeared to be coming off the lake’s surface… how weird. I was then told the lake’s water source came from the water inside the cave, which is a warm 21’c. The 2’c air temperature outside when coming into contact with the lake’s surface, was causing this steamy effect.

There is a man-hole cover with an entrance to the cave, in between the lake and Turkish bath, but this is now the old entrance, and a newer one is now used, from a tunnel dug into the rock face beside. A large air bubble was discovered during exploration works in the cave system, and later the tunnel was connected to this large chamber. The dive centre now uses this chamber as the main entrance to the dive the cave. 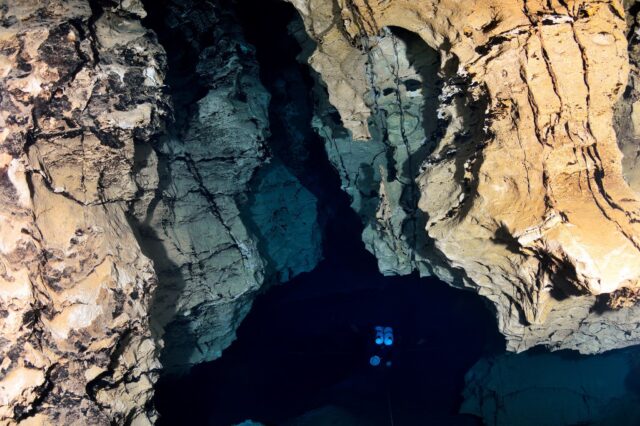 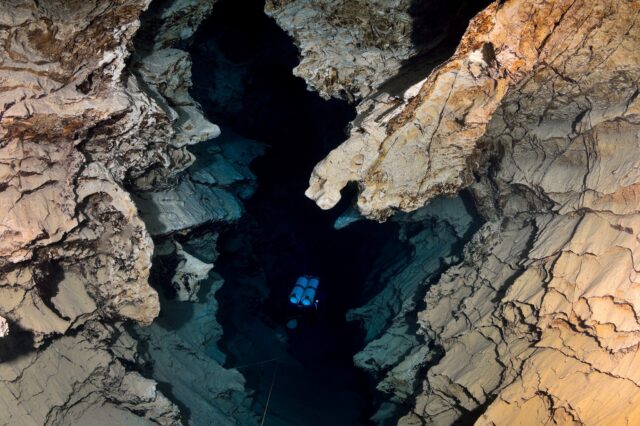 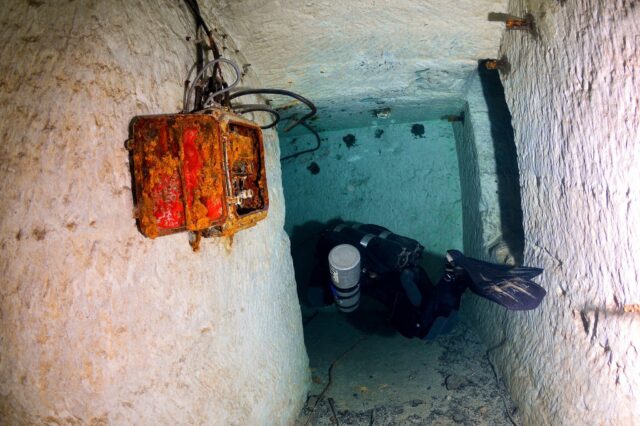 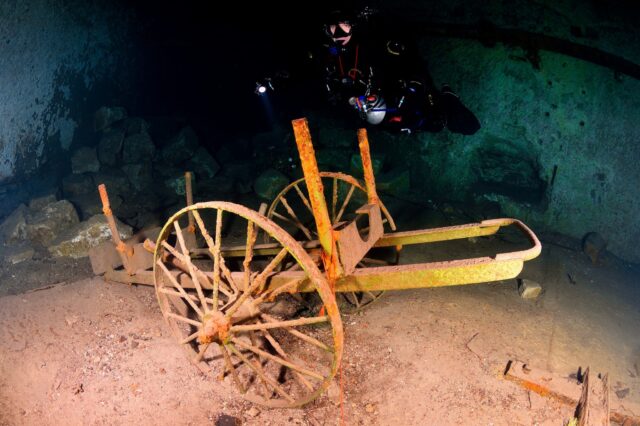 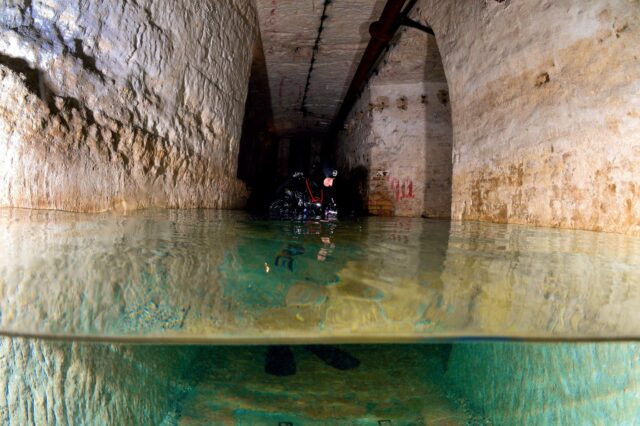 It was impressive to learn, that blind shrimp, as well as other types of marine life lived in the cave! I was also taken to see some fossils on the caves walls from ancient times; a shark tooth and Sea Shell to name a few!
On the other side of Budapest, a large mine can be found; Kőbánya Mine. The mine consists of over 30 miles of tunnels. Most of the limestone mined from there can be seen in many historical buildings around Budapest, including the iconic Hungarian Parliament. The tunnels had other uses too throughout the years, such as a beer factory, wine cellars, churches, bunkers/shelters during WWII and also a top secret factory for the German fighter planes during the days of war. Nowadays, the tunnels are abandoned and the lower section has flooded, becoming a dive site!

All the walls are plastered and floors tiled, so the mine diving experience is a bit different to what I was expecting. I’m used to exploring dry tunnel systems in Gibraltar which look a whole lot different, but nonetheless I didn’t want to miss the opportunity whilst in Budapest, and it was definitely a new experience for me.
Who would have thought that diving in a landlocked country like Hungary would have been so interesting!

To read more about Shaun’s travels and diving expeditions check out his
blog: www.shaunyeophotography.com